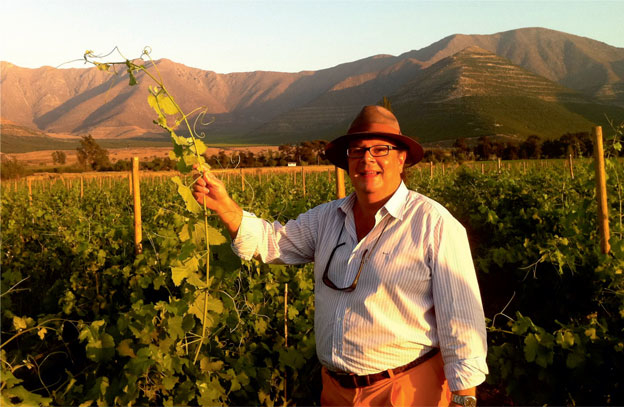 Chilean wine has a solid reputation in the world of wine. On one hand, Chilean winemakers and enologists are responsive to market needs and produce wines with clear and predictable tastes, leading to high sales volumes and investment. On the other hand, many experts and winemakers from other regions have developed a kind of prejudice against Chilean wine for being uninteresting. Having encountered this kind of opinion on a number of occasions, we decided to find and showcase a true proprietor’s wine from Chile, one with a unique character. And today, we are happy to talk about the wines of maestro Mauro von Siebenthal.

The wonderful world of wine is full of potential discoveries. For me, Chilean wine has always been something of a myth. We are all familiar with the concept of Chilean wine being exceptional—an opinion that has been strongly dictated by the global market. When the average consumer speaks highly of Chilean wine, I can accept and even understand it to a degree as the wine is cheap, strong, and straightforward. Identical and predictable, like something off a conveyor belt. Ready-to-consume wine for the mass market.

But when experts praise Chilean wine, things are less clear to me. The excessively high marks awarded to Chilean wines by Robert Parker have certainly raised an eyebrow. Give them all 83–85 out of 100 and stop fooling the public.

And here’s another interesting point: when talking about Chilean wine, very few people can name any notable wine producers off the top of their head. That said, there is certainly one that is unrivalled in its marketing efforts—Casillero del Diablo. For me, it’s the wine equivalent of Coca-Cola, which confirms an oft-recurring belief: there is no wine in Chile. That said, the health benefits leave coke trailing far behind. 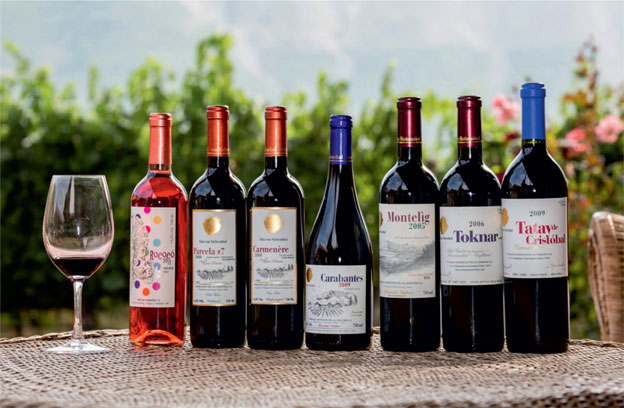 After a long and unsuccessful search for an actual wine from Chile, during which I sampled hundreds of offerings, I couldn’t help but wonder: who benefits from promoting Chilean wine so heavily? One doesn’t have to look far for the answer. American investments and the regulated market need to perpetuate this myth. That’s one side of the coin. Nearby Argentina had fairly inexpensive and quite special wines, but the same trick wouldn’t work there due to the unregulated nature of the market. Plus, they had the potential to pose quite a threat to wines from other countries.

That has all passed, of course, but the marketing campaign has played its part, and now the entire world has been dragged into the «Wine with Chilean sauce» project—that is, developing and promoting low-quality, cheap wine.

But every time I’ve gone to Chile—which I’ve done quite often—I kept my faith in the wine powers-that-be and proceeded to try more of their wine sauces (my apologies to Chilean winemakers and capitalist sharks). And after 15 years with Chilean wine, I’ve finally celebrated a success. There is indeed a logic to this success—vineyards in many terroirs have become stronger. 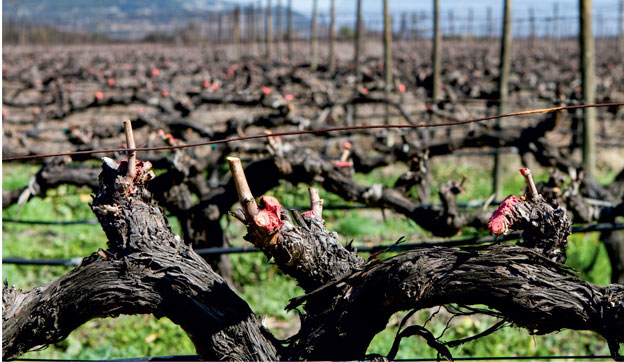 Here’s the situation: Chilean grapes ripen at least twice as fast as their French counterparts, for example. Large corporations capitalize on this because it lets them make wine quickly out of young grapes. The wine does not get its mineral content from the roots, but gains a lot of strength through grape leaves. Since Chile has a lot of eucalyptus, all its wines end up being very similar. And if we’re trying to heal some wounds or fight malaria, that’s no bad thing. But if we’re interested in wine, we should at least expect it to have a wine aroma, rather than a smell of menthol and a bouquet of hangover symptoms the next morning.

All of this is preamble to my announcement of the discovery of the year: Well… 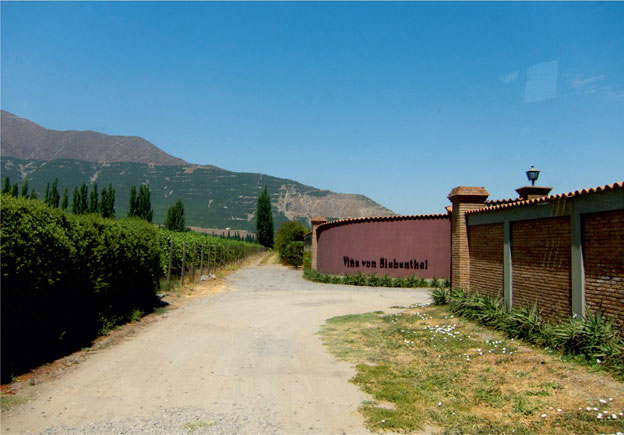 That’s pretty much how I felt after coming across this Chilean wine from Mauro von Siebenthal. It was such a surprise that I decided to pay the maestro a visit immediately. I had finally found a wine with character and a nice, balanced mineral content. And most surprisingly, it was Shiraz—but without any trace of eucalyptus! The first special and distinctive Chilean wine.

The next day I was meeting the owner, the man whose name is on the bottle. During my conversation with Mauro von Siebenthal, I noticed an interesting correlation between him and the wine I’d discovered. I could see similarities in their character: measured and thoughtful, with a clear position. That’s how I discovered a wine and then its owner. This is truly a proprietor’s wine. And I would call it the discovery of the year.

Mauro von Siebenthal believes that the terroir of Aconcagua gives the wine its character and distinctiveness. The same goes for Bordeaux: the unique land is what makes those wines special. 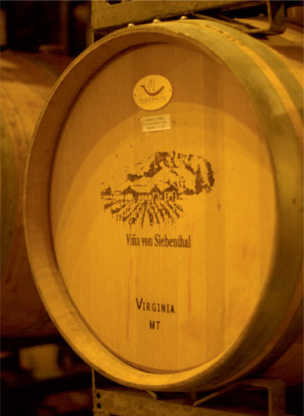 The Aconcagua valley is also unique as is reflected in the special character of each lot of grape varieties. The vineyards were planted in 1998–1999. Wine production started in 2002, though it was likely quite different from what it is today. Back then, the grapes were unable to utilize the mineral strength of the terroir due to their roots not being strong enough.

Mauro von Siebenthal takes a hands-on approach to the entire winemaking process on a daily basis. He aims to achieve maximum extractivity and representation of the terroir as per the basic Bordeaux strategy: terroir and terroir alone.

Mauro believes that wine must be elegant and have the potential to develop over time. «Time is a very important concept for wine,» he says. This concept is a cornerstone of winemaking for only the greatest wine estates. According to Franco Biondi Santi, the main visionary behind Brunello di Montalcino and the man to whom the main article of this issue is dedicated, a wine that lacks the potential to live forever is not a wine. Naturally, Mauro von Siebenthal shares this approach.

But putting this philosophy into practice is neither easy nor cheap. And maintaining this kind of level in Chile is another challenge in itself, given that everyone here is so used to cheap and young «fruit bombs.»

But this is the classic conservative position of Bordeaux and Montalcino wines that transport you to old Siena with its Tuscan hills, vineyards, and olive trees or perhaps take you to the Medici palace… But that is a task better suited to Toknar 2009. Shiraz 2012 is like something from The Count of Monte Cristo or a Zola novel at least.

As George Sand put it, «L’esprit cherche et c’est le coeur qui trouve,»—that is, the intellect seeks, the heart finds. To digress somewhat from the topic of wine, there is a Japanese theory that says it takes 15 years to build a business. And that also happens to be the minimum period required for a vine to start producing grapes suitable for making proper wine. That’s how Mauro von Siebenthal, having started from scratch by planting various grape varieties, managed to surprise me (and the rest of the world, I would assume) with his Shiraz and Petit Verdot (Toknar 2009). His flexibility in his search is what led Mr. Siebenthal to a solid understanding of how terroir works, allowing some to experience romance, and others to feel macho.

Soft tannins, a little spiciness, an aromatic bouquet, the joy of tasting Shiraz, the inexplicable satisfaction, and that crucial desire to experience it all again—that’s the proof that this wine is special and unique.

A huge thank you goes to Mauro von Siebenthal who has essentially reinvented Chilean winemaking and given us all a new perspective on the possibilities of this land. 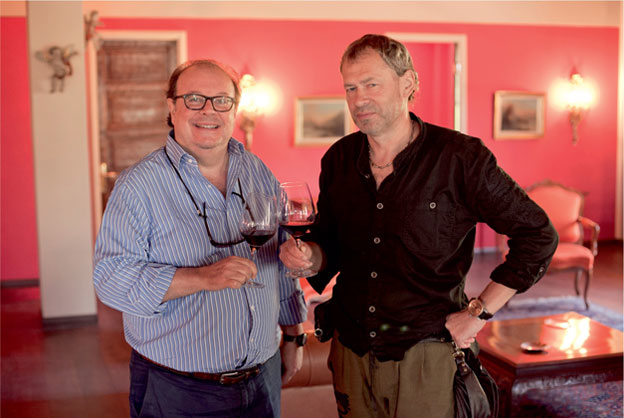