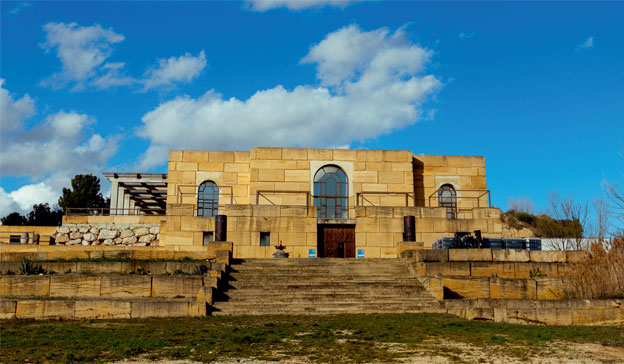 The owners of the Domaine Viret wine estate in the Rhône valley, Alain, and Philippe Viret are not your regular winemakers. The world they live and create in is larger than any other winegrowing area we know of, extending even beyond the limits of the Earth. Viret’s registered trademark, Cosmoculture, reflects a style of agriculture based on information that connects winemaking to the laws of the cosmos themselves.

The Viret family has chosen the path of making complex proprietor’s wines that require comprehensive research and information analysis, laboratory studies, and extensive work with vines. The latter in particular incorporates knowledge of ancient cultures, which at first may seem unrelated to winemaking. The Viret family still has no counterparts or direct successors—that’s how unusual the topics they address are, even among winemakers working in biodynamic agriculture. 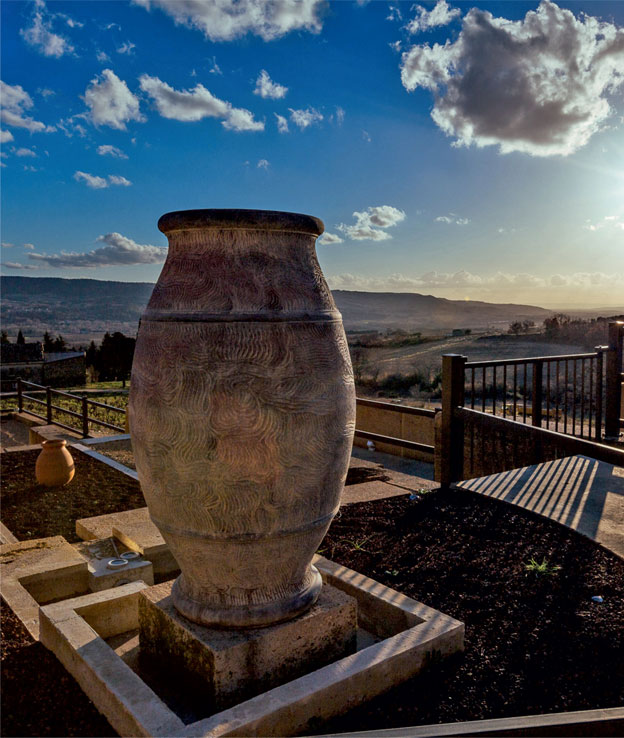 The Viret wine estate is located 40 km from Avignon, in the southern part of the Rhône valley (Saint-Maurice-sur-Eygues commune) in Drôme department, Rhône-Alpes administrative region. The area is believed to be one of the earliest winegrowing regions in Europe. Back in the 6th century B.C., the Phocaeans (natives of central Greece) chose this land to grow grapes. In Roman times, the wines produced in this area was considered some of the very best. In the Middle Ages, this land became an object of interest for the Templars and even the Papal Court, which moved to Avignon in 1305. Large vineyards, many of which were owned by the highest clerical authorities, were once again planted around Rhône.

Philosophy of the Wine Estate 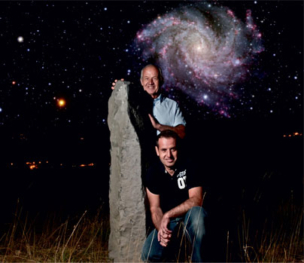 Domaine Viret is one century old. It was the grandfather of Alain Viret, the current head of the estate, who bought this land in 1917. Alain became head of the family business in 1973. In 1998, his son Philippe joined him after obtaining a degree in enology. In 1999, the wine estate split from the local winemaking cooperative to work on an independent project to make wine under its own brand and with its own philosophy.

To many, their philosophy resembles biodynamics. Biodynamic winemaking is focused on producing wine in harmony with the rhythms of nature and space. At the same time, the estate has a very unique philosophy, and its work is unequalled. You only have to visit this place once and talk to the local winemakers to realize that Domaine Viret is something very special.

Consider this: winemakers say that since 1990, the Viret wine estate has engaged in cosmoculture—agriculture focused on the balance of energies both terrestrial and celestial. When talking of the principles behind their work, Philippe Viret speaks about the bioenergetic principles of restoring the natural balance of powers, about giving energy back into the surroundings and conserving the ecosystem, and about energy exchange between the Earth and space. The winemakers have found such information in a variety of different traditions, including winemaking practices from other eras, and in ancient cultures like the Maya civilization, the Inca Empire, and so on. 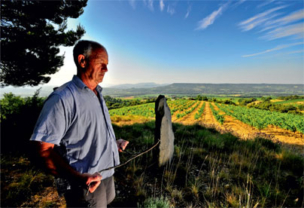 Philippe and Alain Viret mention terms like «water memory,» «planetary radiation,» and «information field.» They use herbal infusions to feed and protect vines, rely on the laws of feng shui when building wine cellars, and use the golden ratio when ordering clay amphoras for wine maturation. They place crystals in their wine cellar and stone steles in their vineyards to create a particular energy. These ideas are bold even for organic and biodynamic winemakers.

The Virets believe that there are specific points of direct and close connection between the skies and the Earth, making it possible to create a space where vines can grow with the required tension and remain protected by heavenly forces. That is the likely reason why father and son have dotted the vineyard with a number of steles resembling ancient neolithic standing stones.

The Viret family has clearly chosen the path of making complex proprietor’s wines that require comprehensive research and information analysis, laboratory studies, and extensive work with vines—work that incorporates macrocosmic energies. The winemakers are the masterminds of their own movement in winemaking—a movement that may gain followers in the future. At any rate, their contemporaries are already keeping a close eye on their achievements. 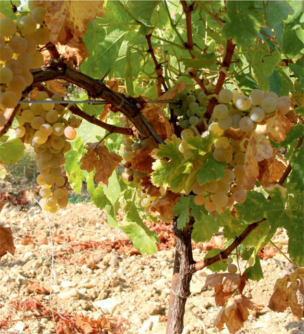 Domain Viret vineyards occupy an area of 30 ha (the entire estate is 54 ha). The terroir is made up of clay and limestone soils with pebbles and gravel. The vineyards are located 185–300 m above sea level.

The Viret family always uses grapes from different parts of the estate and different terroirs. This allows them to capture the uniqueness of the local landscape, which was known as the «hills of secret heaven» in Roman times. All grapes are hand-picked,

and the main variety is Grenache. It ripens late and is an autochthonous variety to this area. Its main areas of cultivation are Spain and the Mediterranean coast of France. Grenache grows well on dry, stony soils; it can tolerate water deficiency and prefers windy weather.

These grapes are independent, strong and very enduring: when European vineyards were suffering from the phylloxera epidemic in the 19th century, Grenache stood its ground. In fact, it was the savior of the market in those difficult times. The grapes have powerful vines that grow upward, berries with thin skins, and varying levels of acids and tannins that depend on climate conditions and yield. If the vines grow on stony schist soils and get enough sunlight, conscious yield restriction can produce very concentrated Grenache wines with aging potential of several decades!

Based just on the character of these grapes, it’s reasonable to conclude that Grenache is geared more toward interacting with the Earth and the powers of nature. Unlike some other grape varieties, it isn’t a fragile system that requires a specially created environment or continuous support.

The high adaptability of the vines and the range of opportunities for working with yields provide winemakers with plenty of scope for creativity. Unblended wine made from these grapes has a rich but fairly mild flavor, with distinctive spicy notes and a bouquet of aromas in which raspberry is especially prominent.

The Viret domain also cultivates almost ten other local grape varieties. White varieties include Clairette Blanc, which makes incredibly fragrant wines; Grenache Blanc—the source of fine flavor; Bourboulenc, which offers a fresh wine taste; the local autochthonous variety Roussanne—a demanding and low-yielding but incredibly interesting variety that is only cultivated in the Côtes-du-Rhône area; Muscat Blanc Petits Grains with its rich bouquet of aromas; Viognier with its high aromatic qualities and that is cultivated almost exclusively in the northern part of Côtes-du-Rhône. Red varieties include Carignan, which accumulates plenty of sugars and offers deep tannins; Syrah from the southeast of France; and Mourvedre, which gives the wine an intense flavor, notes of blackcurrant and very beautiful tannins.

Interestingly, almost all of these grape varieties are not overly popular, are low yielding, require lots of care and delicate cultivation, and are susceptible to a number of diseases. In other words, they aren’t the kind of popular varieties whose stability and yield levels make them easy to capitalize on. Yet experts say that these are the varieties capable of turning into masterpieces that winemakers adore.

The wine estate is open to visitors, and Philippe Viret is happy to explain to guests that a winemaker’s main tasks are to learn how to observe the specific characteristics of the area (visual work), assess the land (tactile work and working with scents), and try to become one with the location (emotional work). 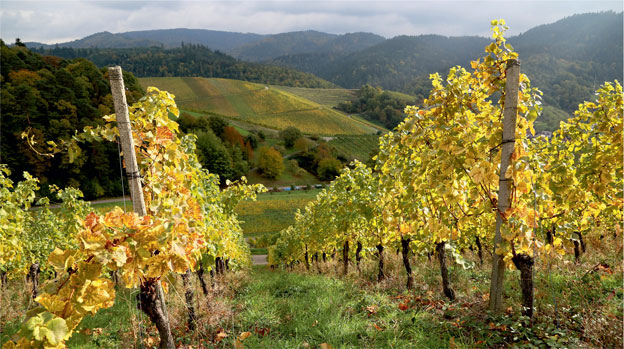 Domaine Viret wines are produced in an actual church—at least, that’s how their winery appears to the outside observer. The building resembling a cathedral was a custom project; its yellow-gold blocks of stone come from the quarries of Vers—Pont-du-Gard. The ancient Romans used the same material to build aqueducts (e.g., Pont du Gard—the highest aqueduct of its time). Each block is numbered, with the walls of the building erected in the same order in which the blocks were extracted.

Each stone block weighs several tons (between three and six) and looks very large and impressive. The hall of the winery resembles a huge basilica, with 13 columns supporting the roof. Sunlight enters the building through stained glass windows in the upper part of the winery. The building also has its own take on an altar—a column in the middle of the hall with a crystal on top. Water rises up inside the column and cascades down its outer walls.

The architecture of the winery is centered around the golden ratio, the angle of the sun, and the concept of ancient measures. All of these combine to create the perfect environment for storing wine and protecting it against the area’s often hot weather. 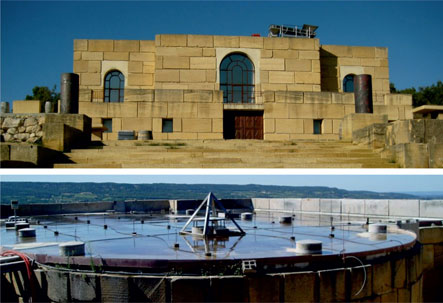 Alain and Philippe Viret employ their own technologies, which differ significantly from others used in the area, including a longer maceration process (over 30 days) and a longer wine maturation period in barrels (sometimes up to four years). This ensures the wine’s biological stability and longevity.

The yield is fermented using natural yeast and is not treated with sulfites. The wine matures in different kinds of containers (stainless steel, old oak barrels, clay amphoras), and is bottled without filtration. Fermentation takes place under gravity and utilizing the natural flow of the wine. Grapes go from the roof of the cellar into containers for fermentation. The roof sits at the same level as the hillside at the back of the building. 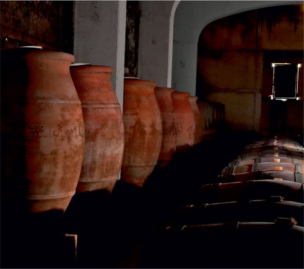 In 2005, the Viret wine estate became the first in France to revive the tradition of maturing wine in clay amphoras. The amphoras are shaped like their Roman counterparts used in this area in ancient times. The Latin word for amphora is dolia, which lends itself to the name of the Domaine Viret wine matured or aged in those vessels. Alain Berthéas, a potter from Segré, makes amphoras for the estate.

Naturally, the use of clay amphoras for wine drew the attention of experts and wine connoisseurs. But it is important to note that the Viret family didn’t start working with these vessels to attract tourists. The use of amphoras complicates the work of a winemaker. For instance, they do not have openings on the bottom for pouring off wine—unlike modern stainless-steel containers. In addition, clay is bubbly, which increases the interchange of gases between the wine and the air on the outside. This is why the winemakers need to account for the addition of water in order to offset evaporation. But this material does add an extra touch to the wine, imbuing it with unique organoleptic qualities and freshness—so Philippe Viret believes that it makes up for the difficult process.

The estate makes 100,000 bottles per year. All labels bear the Biodynamique mark—a quality guarantee from Demeter. Domaine Viret wines stand out due to their rare purity of flavor, aromatic bouquet, and elegance. The entire cycle of working with the grapes, from the ripening of clusters to the bottling of wine, is guided by a single principle: respect nature, grapes, and the terroir to create an original, pure, and vivid wine. 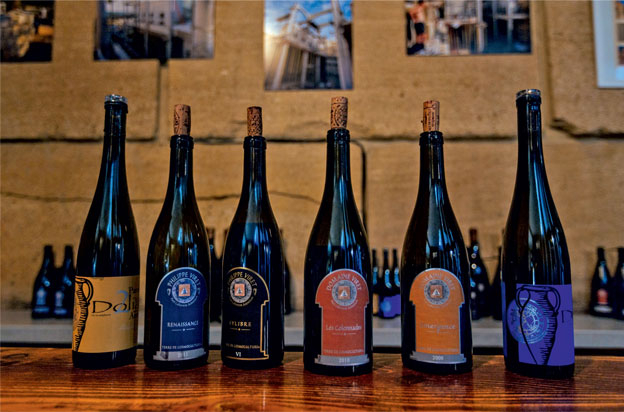 Maréotis, Les-Collonades, and Emergence from the Les Parcellaires line are rightfully considered the best of the bunch. To produce the latter two, the winemakers only use grapes from the oldest vines of the Grenache, Carignan, Mourvèdre, and Syrah varieties, which can be up to 100 years old.

The typical characteristics of Domaine Viret wines are balance, structure, and roundedness. They can be light and fragrant like Maréotis, have rich chocolate notes like Les-Collonades, or strike wine lovers with their unusual «earthy» bouquet of aromas and strong mineral taste like Emergence.

A signature of Domaine Viret wines is, of course, the importance of their preparation: they must be decanted before serving. One should also bear in mind that these wines are quite strong, with an average alcohol content of around 15% in most cases. A bottle of Viret on the Russian market costs between RUB 2,500 and RUB 12,000. The price depends on the year, the aging period, and, of course, the line that the wine belongs to. In England, they can cost up to £380–£430.