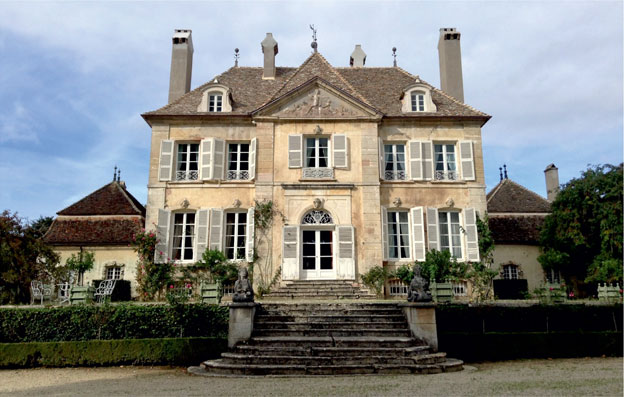 Wines by Domaine Chandon de Briailles are some of the best in Burgundy. The estate is located in Savigny-lès-Beaune, a few kilometers from Beaune.
Here, in an old well-groomed park, stands the ancestral home of Counts Aymard-Claude de Nicolaï, with an ancient chapel and buildings where the wine is born through maceration and fermentation. The subsequent aging in barrels, as befits wines with such a pedigree, takes place in an ancient cellar.

Tourists are rarely seen here, and tasting should be arranged in advance, but if everything works out, you will get the best experience from the time spent at Countess Claude’s, walking with a glass of wine under the shade of trees in the old park. It seems that everything here is tied to wine and has its part in its creation. Simply magic…

History of the Place

The Savigny-lès-Beaune area was first described in ancient times, and the memory of olden days is preserved in the toponyms and names of vineyards. This picturesque settlement sits at the entrance to the Cold Fountain Valley. Two roads lead here, laid at the beginning of our era, during the reign of the Roman governor Marcus Agrippa. Crossing in the town, the old roads follow up to the vineyards…

Many religious figures and entities once owned land and vineyards here, such as the Bishop of Autun or the Abbey of Citeaux; the Maltese Order owned vines on the plots of Les Marconnets, Les Jarrons, and Saucourt, and this list goes on and on. These places also attracted the nobility who contributed to the beauty of the area not only by planting vineyards but also by building the castle of the local feudal lords, Marquises de Savigny-lès-Beaune, surviving to this day.

It is said that in 1703, in anticipation of a visit by the Duke of Burgundy and King Philip VIII of Spain, the Marquis Antide de Migieu, marquis de Savigny, engraved the following inscription above the entrance to the castle: «Wines of Savigny are nutritious, spiritual and keep bacteria in fear.» Wines of Savigny are still remarkable to this day. 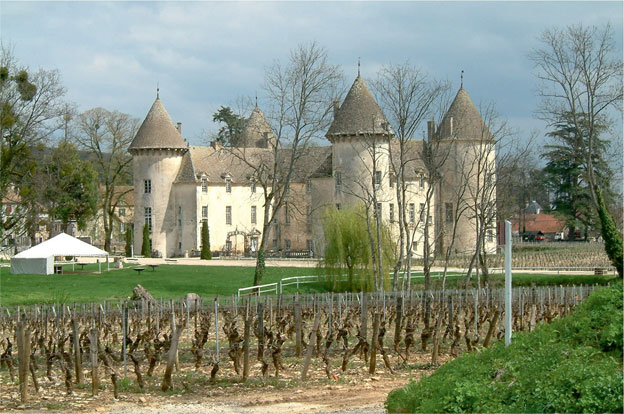 The domain owns about 13.7 hectares of land in Savigny-lès-Beaune, Pernand-Vergelesses, and Aloxe-Corton. The family business is run by a brother and sister, François and Claude de Nicolaï. Madame Claude is a professional oenologist with a wealth of experience and knowledge amassed not only in France but also during internships in the United States and New Zealand. Upon her return home, she continued her work, and it is under her careful guidance that the wines of the estate are created.

Mme Claude set up a laboratory at the estate to study her own wines. The data obtained is used in vinification and when working the vineyards. Curiously, women were often winemakers in this family, and Madame Claude continues this tradition.

The business and vineyards are run by François de Nicolaï, Madame Claude’s brother. It would seem that these activities do not exactly go together; however, it is the commercial part and promotion of wines that make the entrepreneur turn to the vineyards again and again in order to monitor the state of the vines, as well as investigate new opportunities and approaches to obtain strong, healthy grapes.

Biodynamic solutions have been used at the estate for a long time: not only has been the use of pesticides and chemicals in soil fertilization and grape spraying limited, but also the concept of reasonable interference in the vineyard’s life implemented. The winemakers are convinced that the vine must take root and gain strength all by itself. With their natural strength, such grapes make well-rounded, voluminous, powerful wines with an excellent balance possible.

It was Nadine de Nicolaï, the mother of today’s winemakers, who had started a policy of preserving the vineyard’s vitality, and her children, Claude and François, have been successfully keeping this trend going: since 2008, all wines by this estate have been certified by such reputable international organizations as ECOCERT and Demeter International. But even wines produced prior to that boast natural qualities imparted by strong vines and healthy berries.

Mme Claude believes that wine should reflect the terroir, as well as translate the properties of the soil and climatic conditions developed over the year. And this approach of hers has proven highly successful: each wine has something special and unique to it, at the same time following and preserving the winery’s general style, one of elegance and nobility. This characteristic was demonstrated by Pinot Noir Pernand Vergelesses 1er Cru lle des Vergelesses of the 2012, 2013, and 2014 vintages, wine coming from Ile de Vergelesses. Let us delve deeper into this wine. 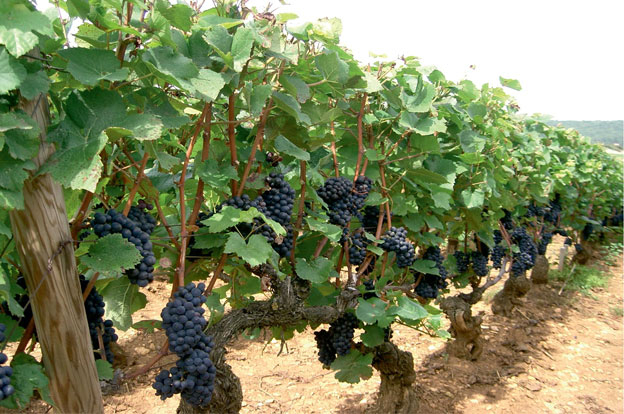 Red wines by this estate are subject to prolonged maceration—usually about 3 weeks. Stems are left unseparated, and in good years, the share of such grapes ranges from 50% from the premier cru plots to 70–80% for the grand cru plots.

The Ile de Vergelesses climat is located between two vineyards of the same name, the Vergelesses vineyards in Savigny-lès-Beaune and Pernand-Vergelesses, and is shaped like an island. That is why it is called the Isle of Vergelesses. The landscape is homogeneous and not too steep, being the mid-section of a hill. Soils of this plot are lean, with some clay, some limestone, and white sand. Due to erosion, wines from this climat have two characteristic traits: the elegance of the wines from the top of the hill and the body befitting wines from the bottom of the hill.

The wines of Ile de Vergelesses are deep with a good structure, but the quantity and the feel of tannins depend on the weather conditions in the given year. With lack of sunshine and many cold days, there is more iron in the taste and the tannins are harsher. Such quality was very typical for 2013; moreover, hail destroyed almost 80% of the harvest, and the wine turned out to be rich and powerful, but at this point, it is still rough, needing time and maturation in bottles to balance out all the processes and build up polymeric structures. Now, in 2012, it was warmer, so the tannins in the wine of this millesime are soft and rounded, and the wine feels already like a silk stream.

The estate takes special pride in one wine, an unusual white Chardonnay of the Corton Grand Cru appellation. The deal with it is that this appellation has extremely rich soils best suited to Pinot Noir. However, Nadine de Nicolaï really wanted to have her own white wine, and it worked out. When new, it is a fresh wine full of tropical scents, and with some maturation, it acquires nutty and creamy overtones. New barrels make up only 10–15% of the stock used for aging, so the wines turn out full of energy, with an excellent balance.

Naturally, the vintage adds another level of uniqueness to the character of wines: 2007, 2010, and 2013 were cool years that made winemakers work their magic hard when creating wines, but the result was impressive, yielding memorable wines with a very special character. 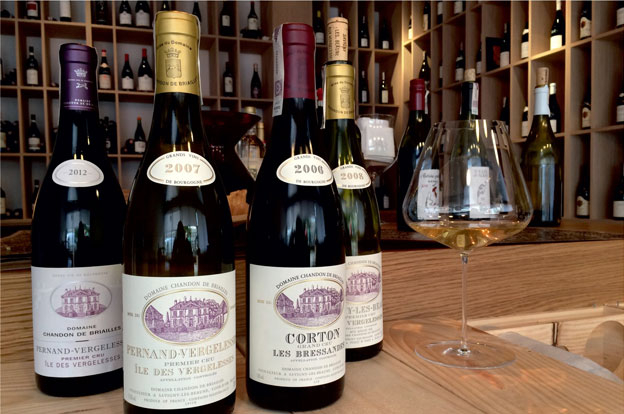