Each of the 23 provinces of Argentina is unique in its own beautiful way. From the northern gem of Salta, with its railway at 4,200 meters above sea level and train aptly named «Tren a las Nubes» (Train to the Skies), and endless plains serving as the homeland of Gaucho shepherds, to the southernmost town in the world Ushuaia on Tierra del Fuego, also known as El Fin del Mundo (End of the World)… Our good friend Leonid Gelibterman invites you on a tour of Argentina, the land of world-famous wines, yerba mate, and delicious cheeses. 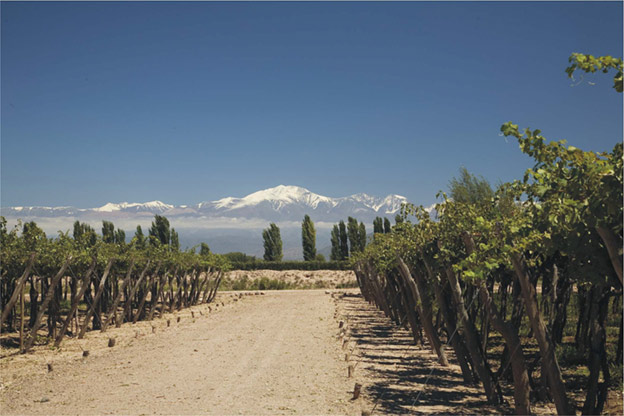 Argentina is located in the southeastern region of the South American continent. With a territory four times larger than France and a population of around 40 million, it is one of the largest countries in the world. The full name of the capital city we known as Buenos Aires, is actually Ciudad de la Santisima Trinidad y Puerto de Nuestra Senora de Santa Maria de los Buenos Aires («City of the Most Holy Trinity and Port of Saint Mary of the Fair Winds»).

Buenos Aires was founded in 1535 on the western coast of Rio de la Plata by Spanish conquistador Pedro de Mendoza. Argentina lies within three climatic zones — tropical, subtropical, and moderate — and offers incredible geographic variety. The eastern part of the country is flat, and to the west stretches the Andes (here, near the border with Chile, towers Aconcagua, the highest peak in the Western Hemisphere at 6,959 meters tall). In the southwest extends the Patagonian plateau, and in the east the coast meets the waves of the Atlantic ocean (with a coastline stretching 2,500 kilometers). 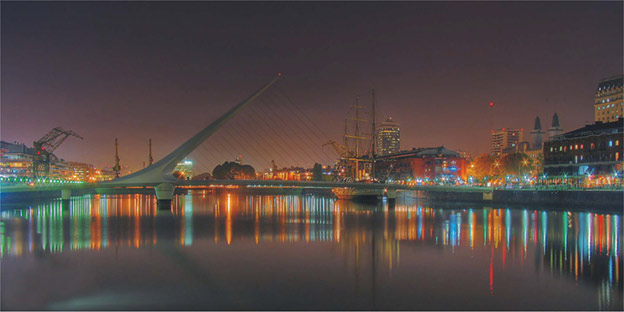 The pioneers of Argentinian winemaking were Jesuit missionaries, who arrived here after the colonizers from Spain. The title of godfather of this industry is widely attributed to padre Juan Cedron (sometimes Cidron), who came to Argentina from Chile in 1556. Father Cedron was a very hard-working man, and a couple of years later, together with the conquistador and founder of Mendoza Juan Juffre, they planted the first vineyards in the Mendoza province.

Argentinian church wine, which is known around here as Lagrimilla, was born in the Jesus Maria estate in Cordoba, which has also been directly related to the Order of Jesuits since 1599. In the 1820, after Argentina broke free from Spanish reign, winemaking in the newly independent country gained a much needed boost.

The respected leader of the country and its «president and teacher» Domingo Faustino Sarmiento, made a tremendous contribution to the development of wine production in Argentina. It was he who in 1852 brought pedigree vines from Europe to these lands, and invited the famous French professor and agriculturer Miguel Aime Pouget.

In 1854, this expert from France opened Quinta Normal de Agricultura, a school for agriculturers, in Mendoza. Pouget is believed to be the first individual in Argentina to ever plant samples of French Malbec, which later transformed into a national treasure.

At the start of the 20th century, a wave of European immigrants (back then, Argentina was the 8th richest country in the world) brought to Buenos Aires not only curious monuments to Don Quixote, Taras Shevchenko and Little Red Riding Hood, but also their grape varieties, and a global influx of experience in winemaking. The most unique part of Argentinian wine production is the tremendous variety of grapes cultivated here, and the wide range of approaches applied in viniculture.

In the 1950s, locals also invented a hugely popular drink called «vino con soda» (wine diluted with soda). Argentinians have always been big fans of wine, and often drink it no matter the occasion. This went so far that in the early 1970s, per capita consumption of wine exceeded 90 liters, while less than 1% of the total volume was exported. Clearly, neither the authorities nor producers of wine were fond of this situation. In the 1950s, the country began to attract large amounts of investments from overseas.

Nowadays, the vineyards of Argentina occupy more than 221.7 ha of land, and include over 2,000 wineries. The plantations stretch from the stunning Cafayate valley of the Salta Province in the north, to the valley of Rio Negro in Patagonia in the south, and everywhere in the country the conditions are absolutely perfect for wine production.

Mendoza, often called «the land of sun and good wine,» produces about 75% of all wine in Argentina and 95% of exported wine. If you set for yourself the noble goal of visiting every bodega/cellar in Mendoza, you’d have to dedicate a whole year to your pursuits, even if you plan three visits a day.

Historically, Italian winemaking traditions have had a very strong influence in Mendoza. The most common grape here is even the Italian Bonarda, with Sangiovese in the 4th place. There is an apellacion in the valley of the Mendoza river – Lujan de Cuyo («cuyo» means «land of deserts» in one of the local languages) – which many experts consider the top region for red Argentinian wines. The vineyards of Argelo and Tupungato provide excellent material for white wines. 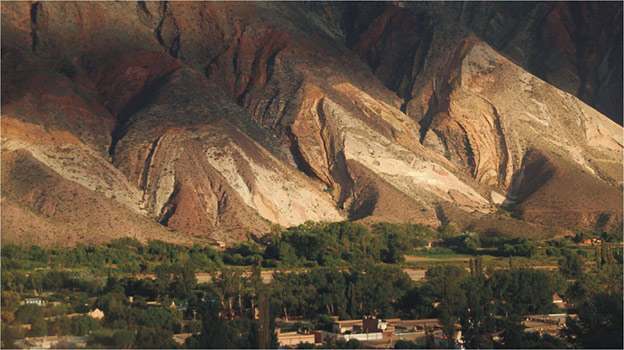 By Argentinian standards, Salta is a chilly province. Its climate is good for Cabernet Sauvignon and Torrontes. Wine here is mostly produced in the valleys of Calchaquies, Cafayate, and Cachi. In the Catamarca Province, you can also find excellent wineries near Santa Maria.

Patagonia, located between the Andes and the Atlantic, is the southernmost and coldest wine region of Argentina. Grapes here are cultivated in La Pampa, Neuquen, Rio Negro, and Chubut. The famous Santa Cruz and Tierra del Fuego are still awaiting their breakthrough wine pioneers.

The Argentinians have a famous saying: vino – capitulo aparte («wine is a whole other matter»). No wonder that with such a special attitude towards wine, Argentina takes a proud 5th place in the world by volume of the wine produced. Locals and tourists consume about 90% of all the wine here produced over a year.

The major bulk of exported wine is shipped to Great Britain, continental Europe, Scandinavia, the USA and Japan. The Swarovski family owns the Norton winery in Mendoza, and French actor Gerard Depardieu also has vineyards in Argentina. 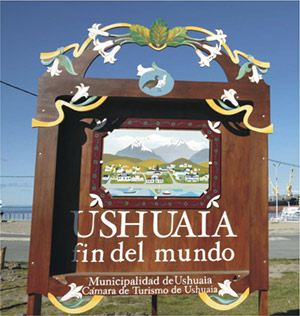 The Malbec grape is the national crown jewel of Argentina. It is used to make wine that has earned passionate fans on all continents. About 22,500 ha of land in Argentina is occupied by Malbec plantations. Young Malbecs are fresh, lively wines with floral notes, a fruity flavor and smooth tannins.

Malbec Rose are young bright-pink wines. The ageing period for Malbecs is approximately 3–4 months, resulting in a full-bodied, very complex wine with an aroma of red fruit and soft tannins. Premium wines are fermented for at least 10 months. These are very mature beverages, complex and well-structured, with a potential for long ageing.

Argentina has its own culture surrounding alcohol consumption. For instance, it isn’t appropriate to drink any alcohol (except for beer) before 6 PM. In general, Argentinians drink quite a lot, but you’d be hard pressed to find anyone heavily intoxicated on the street or in a restaurant.

A popular Argentinian joke is that «wine tasting should be accompanied not by cheese, but by a woman’s kiss.» I am not sure how close the locals take this saying to heart, but I know that Argentina produces a great number of quality cheeses, such as Brie, Emmental, Roquefort, Reggianito (a type of Parmigiano Reggiano), Sardo (type of Pecorino) and Quesillo.

Mate is one of the most popular beverages in the country, and people drink it whenever and wherever. Many of them even carry a thermos with hot water around, just in case they feel like having some mate. To brew mate, one needs a pava teapot, calabaza gourd, and a bombilla straw made from silver or reed to sip the drink.

Argentinians have turned drinking mate into a custom and a ritual. For example, the utensils used for it can be given as gifts and inherited as valuable and prized possessions. 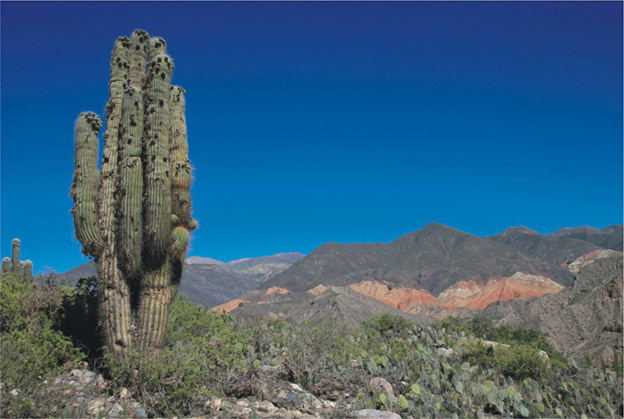