Ruta 68, or the Wine Mystery of Argentina

World of Wine :: Wine regions :: Ruta 68, or the Wine Mystery of Argentina 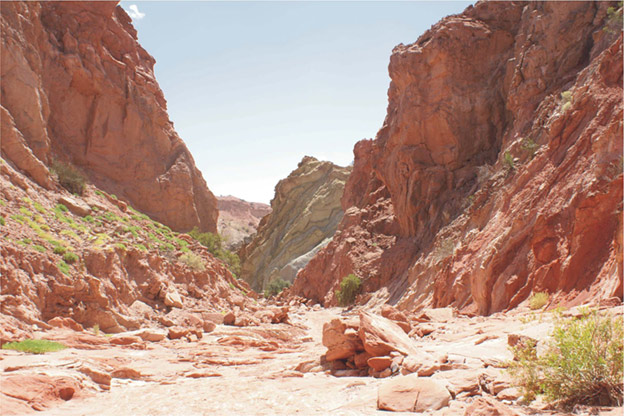 Argentina is a place of fantastic nature, mysterious beauty and a dizzying sense of freedom. It guards the very secrets of mate, one of the most invigorating drinks our planet has to offer. It gave the world Che Guevara, the epitome of freedom. Here also stands the enchanting city of Bariloche. It is the country of the talented Maradona, mesmerizing tango, delicious wine and beautiful women… Even the rocks can sing here! I’m not at all surprised that UFO activity in Argentina is among the highest in the world. This is all just a fraction of what we can say about this amazing country, with its characteristic sun flag. Yet the most interesting fact remains that here is home to Route 68 (Ruta 68), the concentration of all the best this land has to offer… 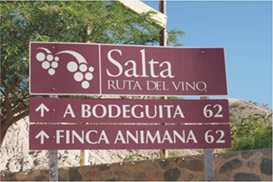 People in the past used to say that all roads lead to Rome. Cafayate, a small town in the northern part of Argentina, is the complete opposite of the Eternal City–there isn’t even an airport, neither domestic nor international, and only a single road leads here. In the barren style of a tourist guidebook, it is known as National Road number 68, or the Salta–Cafayate Road. However, dreamers and adventurers know it as the Wine Road, or the Road of Taste.

Red mountains, waterfalls, tiny native villages, picturesque vineyards and mate plantations, sand dunes—this stretch of 165 kilometers has it all. The road begins at the foot of the majestic Andes, in Salta la Linda, the capital city of Salta in the north of Argentina. Awe-inspiring natural forces have been shaping this land for hundreds of thousands years, and you can’t help but stand and gasp at its marvel. 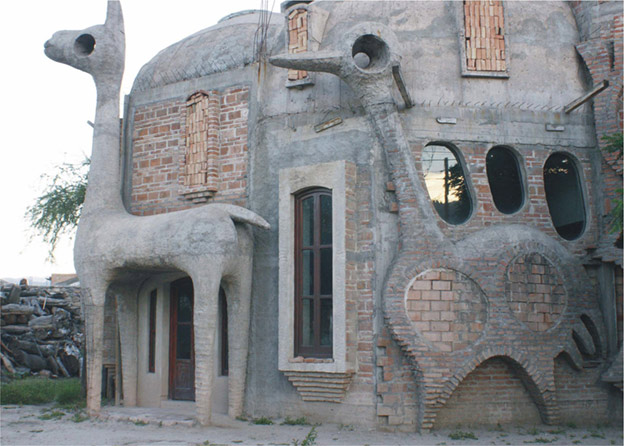 Nueva Senora de Santa Maria del Buenos Aires… Close your eyes and say it out loud. This is all you need to be convinced that it is the only place where the enchanting sensual tango could have been born. Indeed, tango cannot be contained in just four walls, and the people here dance right in the streets. Here you can visit the famous San Telmo district, with its countless salons and tango schools, which became the cradle for tango at the end of the 19th century. 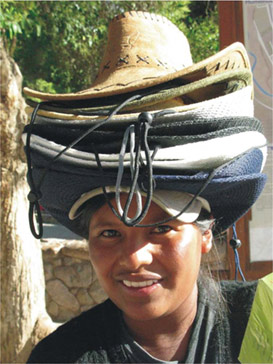 Quite surprisingly, tango started as a men’s dance. It was loved by immigrates from all corners of the world, from former soldiers to pure adventurers. Since Buenos Aires is a port, it functioned as a melting pot, where Spanish and Italian, Indians and Jews, Arabs and Chinese, English and Armenians, Japanese and Ukrainians all came together. Is there really anyone out there who can make sense out of this passionate mixture of souls? And if there is, what would be the point? The locals call themselves «porteno,» which means «residents of the port.»

Buenos Aires is a city of conquistadors, founded in 1580. Over its several centuries of history, the city has experienced numerous rises and falls. In the 19th century, it was nearly destroyed in a series of terrifying earthquakes, and its inhabitants had to build a new Buenos Aires from scratch, near the place where the old city stood. During those years, the city acquired its wide avenues and squares, as well as countless monuments, fountains and buildings in the Parisian style. This is how Buenos Aires became the capital of the country.

Presumably, the widest street in the world is situated here — avenida Nuevo de Julio, or the Street of July 9th, with close to a dozen lanes in both directions separated by three green spaces! Here you can also find the longest street in the world—avenida Rivadavia—with a total length of more than 20 km. The streets of Buenos Aires are bordered with rosewood trees, one of the city’s most distinct icons. 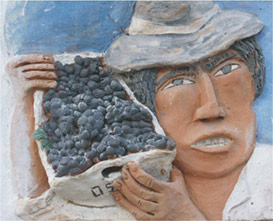 The Argentinian capital is the Paris of South America. Here, French modernism of the late 1800s neighbors with the Spanish colonial style and blends together naturally with the latest architectural solutions. The crossover reverberates even further thanks to the city’s numerous museums, including the Museum of Fine Arts, the Museum of Natural History, the International Art Gallery, and the General San Martin Cultural Center. However, the most impressive landmark of Buenos Aires, the Opera Theater, was named after Christopher Columbus.

In the business district of Buenos Aires in a historic building previously used for entertainment facilities, visitors can also find the theater of the great composer and bandolon performer Astor Piazzolla. The ticket price also includes a tango concert and a dinner with Argentinian beef and, of course, Argentinian wine from Mendoza.

Plaza de Mayo, the central city square and largest trade district in the world, is often called the heart of Buenos Aires, while La Boca with its famous street dancers contends for the most unusual and colorful district in the city. «Tango parties, or milongas, are both passionate and entertaining,» Leonid Gelibterman, a famous gourmand and traveler, has written.

If you’re looking for a never-ending party, just check out the Camenito walking street in La Boca. In the past, this area was inhabited by artists and European immigrants who built their houses from slate. They painted this material with the leftovers of ship paints in various colors, so now this place has the appearance of an eternal carnival.

Salta la Linda is located 1,190 meters above sea level. The city was founded by the Spanish conquistador Hernando Lerma way back in 1582. Situated in a strategic location between Lima, the capital of Peru, and Buenos Aires, the city played an important role during the Argentine War of Independence.

You can feel the Spanish legacy everywhere in Salta—in the architecture, music, food and especially the dances. As surprising as it may sound, Salta still managed to preserve its historic image. The colonial part of the city are full of beautiful one-story buildings, narrow streets and numerous churches. To catch a magnificent view of Salta and the surrounding Lerma and Lagunillas valleys, take a cable car up to the observation deck at San Bernardo Mountain.

The world-famous 16th century statues of the Virgin Mary and Jesus Christ are located in the cathedral of San Francisco, and attract thousands of pilgrims every year. They are believed to cure even the gravest diseases, and even stop earthquakes.

Not far from Salta lies the Los Cardones national park, a large forest of amazing giant cardoon cacti, and the famous Humahuaca ravine. The small picturesque town of Purmamarka is the gate to the ravine. Here you can find Sierra de los Siete Colores («the mountain of seven colors»), and the ancient Rosa de Lima temple.

On their way to the ravine, visitors also pass through the towns of Huacalera and Tilcara, and can see with their own eyes how the indigenous population lives today. Humahuaca stands tall on the picturesque bank of the Rio Grande, and has a unique atmosphere unlike anywhere else thanks to its narrow old cobbled streets. 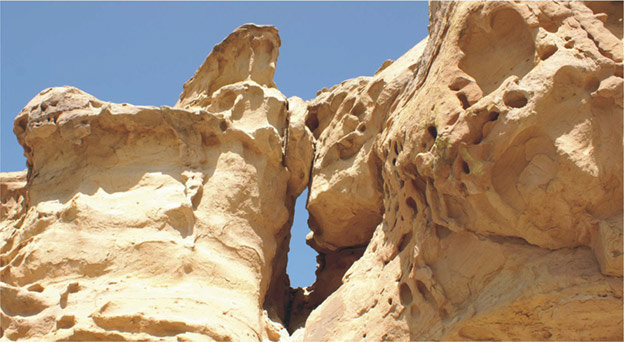 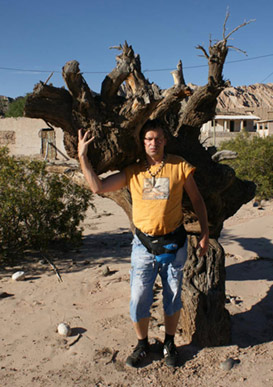 The Wine Road ends in Cafayate, the most elevated winemaking region in the world. But can I really say that this road ends here if this is where the most interesting part begins? The wineries of Cafayate alone are worth taking the long, scenic trip here. High altitudes, humidity, and a rich terroir create amazing conditions for local winemakers. Here they cultivate Cabernet Sauvignon, Chardonnay, and Malbec, but the best of all is perhaps Torrontés, a sweet wine with an intensely fruity flavor. The locals drink Torrontés with goat cheese, and even use it to make wine ice cream.

Cafayate is surrounded on all sides by rivers, various vineyards and wine cellars open to tourists. The most famous are situated close to the city’s historical center — Bodegas Nanni, Bodegas El Tránsito and Bodegas Domingo Hermanos.

A tour of the Nanni winery begins in its tasting room. To enter, you must walk through a huge wooden gate, entwined in iron to resemble a wine barrel, and across a spacious courtyard surrounded by colonial-style galleries.

Posters and certificates hanging on the wooden walls testify that the winery was founded in 1897, and has been managed by 4 generations of a single family for over a hundred years. Its vineyards are located 10 kilometers from the city center at 2,000 meters above sea level. At Bodegas Nanni, guests can observe all stages of wine production. Also note that they do not use any chemicals or non-organic fertilizers. 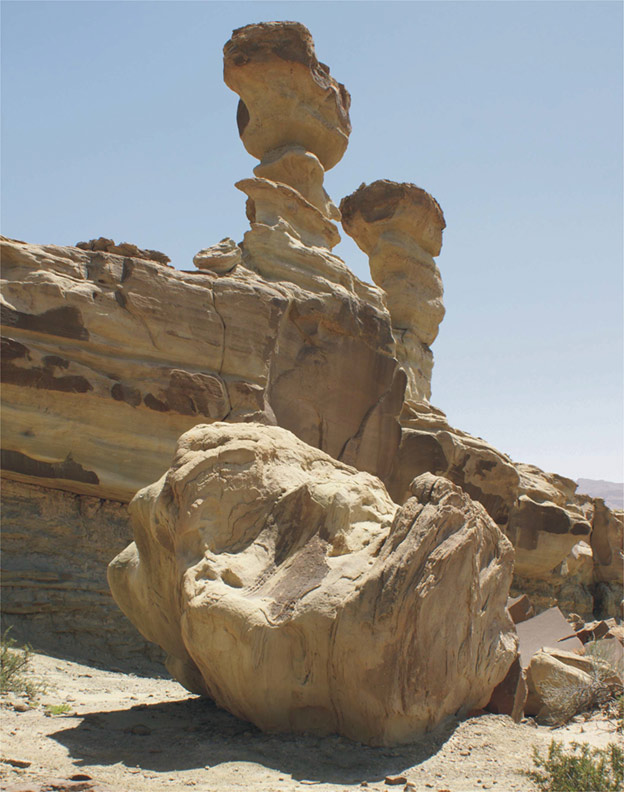