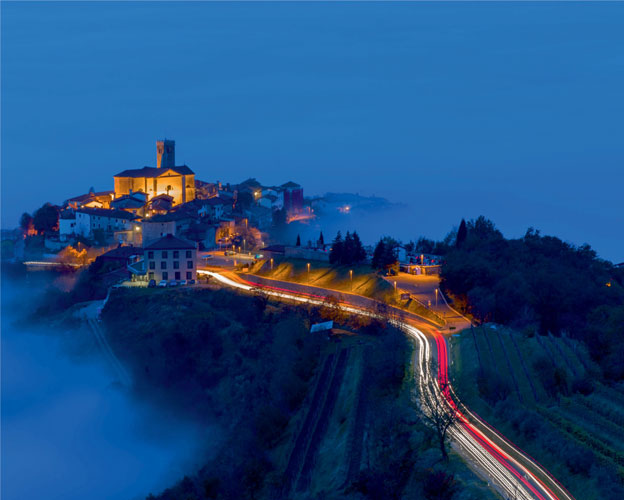 Certain places exist on Earth that have never seen destruction or been subject to the influence of fancy, easy-come-easy-go trends. They do not get old or young, staying just as they were hundreds or even thousands of years ago. Such places seem to have their own mission and act on it day after day, preserving their intrinsic values and traditions. Such places are said to be the golden heritage of the Earth.

The Gorizia Hills, known as Goriška Brda in Slovenian and Collio in Italian, are home to magnificent vineyards. Fate had it in for them to be split between two countries: the border runs right through the vineyards here. The vine, though, could not care less which country it belongs to; the essence of the place is the key here, wonderfully expressed by local wines. Whatever historical event unrolled around, grapes were always grown and wine was made here. Wine of pure gold!

The Gorizia Hills are an alpine micro-region in western Slovenia and northeastern Italy. The Italian name of the region is Collio Goriziano, or simply Collio, while in Slovenian it is called Goriška Brda, or Brda for short.

The region is located on the right bank of the Soča River (Isonzo in Italian), northwest of the Italian city of Gorizia that lent its name to the hills.

Currently, 60% of the region’s territory belongs to Slovenia, and 80% of all residents live here. The entire Slovenian part of the Gorizia Hills is part of the Brda administrative community. The area of the region is 120 square kilometers with a population of 7,000, mostly ethnic Slovenes. 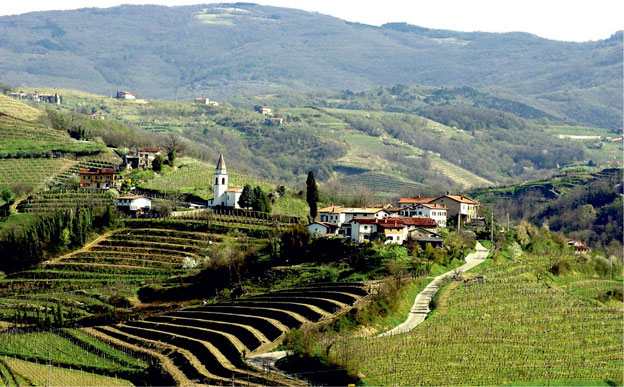 Curiously, in the Italian part of the region, represented by the commune of Dolegna del Collio, the local Friulian people prevail, speaking a language that belongs to the autochthonous Alpine Rhaeto-Romance subfamily. The Friulian name of the region is Cuei.

By the Italian classification, the wines of the Italian part belong to the Friuli-Venezia Giulia region, and they bear the Denominazione di origine controllata (DOC) status. Some Slovenian wines from the Brda community are also called Collio if they grow on vineyards spreading into Italian territory.

In accordance with local tradition, the wine undergoes maceration with skins, and sometimes even with stems, which allows for greater body. Local winemakers believe that wine should be «making itself,» thus interference in the fermentation process is minimal, and sulfur is only added at bottling or sometimes ditched altogether.

The aging occurs either in barrels or in clay amphorae, resembling the Georgian tradition, and can last for years. This does not make any sense, as seen from the modern viewpoint regarding white wine styles. However, the results speak for themselves: the wines are outstanding, fragrant, nutritious, beautiful, and long-lived.

The color of the wine is easier understood and perceived as natural if we stick to the ancient approach to assessing wines, currently being revived by the aforementioned Alaverdi Monastery in Kakheti, reminding us of the connection between wine and higher powers.

The wines of the Gorizia hills should probably not be called orange… They can be described as amber due to their mineral content. Or gold for their power and shine. Maybe even copper, which would be a proper reflection of their maturity. Still, gold is perhaps the most accurate and succinct way to cover all the qualities and purpose of these wines—that is, to improve the space and encompass only the best.