May we stay as full and intact as these wines are.

May our lives be blessed.

A prayer for successful winemaking, chanted on the New Year’s Eve and the Epiphany Day.

For Georgians, winemaking is an integral part of spiritual culture, a subject of people’s love and part of heritage. The Georgian wine tradition, like a grapevine itself, has its roots deep in the ground, in the legendary past of the Kingdom of Colchis. Or maybe even deeper—in the Neolithic Age, when dolmens were being erected in the Caucasus and wine was already being made. The Christian era has lifted Georgian winemaking to a very special level; these days, truly divine wine is made here. These words attain a special tinge and taste on the blessed land of Georgia, among the majestic mountains, ancient architecture, divine wines, great cuisine, beautiful music, and, of course, special people who have preserved this tradition and are willing to share it with the world. 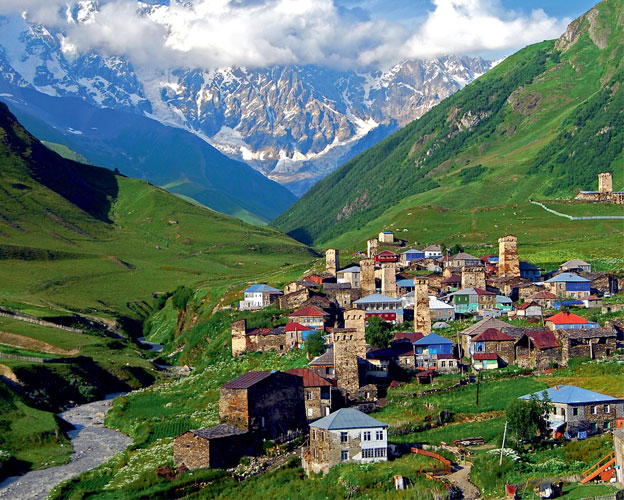 Georgian winemakers believe and claim that Georgia is the oldest viticultural region in the world. According to archeologists, seeds of cultivated grapes, special pruning knives, stone presses, crushers, wine vessels, and jewelry depicting vines, as well as other objects found in ancient graves, date back to the Eneolithic period. The radiocarbon analysis of the found remains of seeds and grape wort pushes the beginning of the local winemaking even further back, to 8,000 years ago. Every discovered vessel younger than that has a depiction of the vine on it.

Greece, Armenia, Iraq, Iran, and even Turkey (Lake Van region) tried to challenge the primacy of winemaking, but none of these claims look as convincing as Georgia’s, with grapes and images of it dating back to ancient times found literally everywhere. The very name of the drink in different languages—vin, wein, wine—sounds similar to the Georgian word ღვინო[ghvino], and even the letters of the Georgian alphabet look like curly shoots of a grapevine.

In the 2nd century AD, after Georgia had been liberated from the Arab occupation, the intensive improvement of winemaking technologies began, and regional traditions of it were born. Some of those survived to this day, nearly unchanged. The biggest specialty of Georgia is the technology of making wine in large double-walled clay jugs known as qvevris.

In the early 4th century, Georgia adopted Christianity. This event prompted the development of winemaking, as Christian rituals called for natural wine. Many fundamental works came out about winemaking, as well as about the benefits of red and white wine, which were used to treat various diseases.

Enter a string of wars and claims on the Georgian land from neighboring countries, but time and again would Georgia be reborn, new grape varieties appearing on the vineyards and new unique wines filling qvevris. Over the centuries, the people of Georgia were able to preserve and even develop new grape varieties—a total of over 500, from which they would produce new wines. Why are local wines so much unlike European ones, then?

The very nature of Georgia favors grapes, wine, and vineyards. The country is located in the central and western parts of the southern Caucasus, with almost 2/3 of its territory covered in mountains, including the 1/3 in the north—the Greater Caucasus. Cold air masses descend from the Caucasus Mountains to Georgia, while western breezes from the Black Sea carry moisture from the subtropics, and from the south comes a front of hot continental air. There are all kinds of soils here: red, yellow, black, etc. As a result, many plots with different terroirs came to be, including a number of unique microzones where grape varieties yielding fine wines that cannot be found anywhere else grow. Such diversity of climate and terroir led to a similar diversity of grape cultivation methods.

These days, Georgia is traditionally divided into the Central, Eastern, and Western regions where the main wine-producing areas, or zones, are identified. 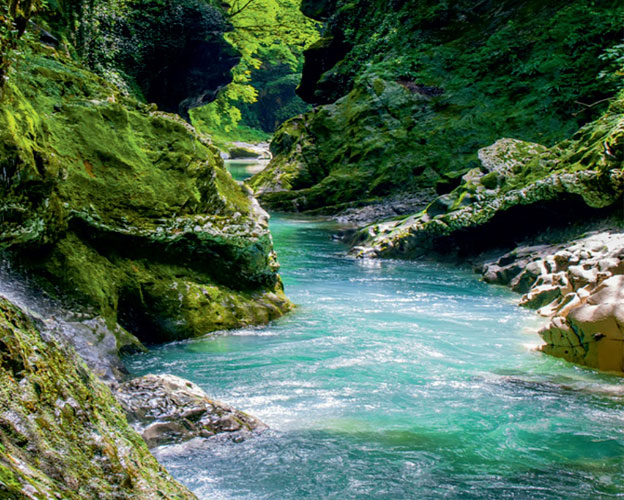 Here is a tradition common to Georgian winemaking that has not changed for centuries: grapes are harvested from September to November. The harvest would start in dry weather after the dew had dried up. The bunches would be plucked off by hand, or, more rarely, cut off with a knife, placed in wicker baskets, and transferred to the marani, that is «winery.» There the harvested grapes would be placed in satsnakheli, wooden vessels, and men would press the juice with their feet. It would flow down the chute into large clay jugs with a capacity of 5 to 800 decaliters, buried in the ground, called qvevri idi churi. The inside of the jugs would be waxed to make it less porous.

The bulk of traditional Georgian wine is made in qvevris. The difference between the regional traditions boils down to the technology-related details: the aging time or the way of handling the must. The essence of the Georgian qvevri method is as follows.

In cool maranis (wine cellars), buried in the ground to the neck, qvevris sit, holding the mixture of freshly pressed juice and must. With active fermentation going on, carbon dioxide escapes the grape mixture, and a dense head of must rises up to the qvevri neck. It should be broken up in time to prevent the development of acetic bacteria. Once all the gas has come out, the fermentation stops, all the sugar is completely fermented, and the head sinks to the bottom. The vessels are then topped up, sealed with a wooden lid, which is covered with damp clay to protect the wine from air penetration, and left until spring.

Kakheti is likely the most famous Georgian wine region in the world. This place is home to the greatest number of superagers on Earth. Kakheti is located in the eastern foothills of the Caucasus, in the upper reaches of the Alazani River with its famous Alazani Valley and the Iori River. Kakheti has about two-thirds of all vineyards in Georgia. The main varieties grown here are red Saperavi and white Rkatsiteli.

Special features of the Kakhetian technology: whereas the European tradition says the freshly squeezed grape juice should be separated from seeds and stems, the Kakhetian technology dictates that the grapes be crushed together with stems and seeds. The entire must is then poured into qvevris and stays like that for 3 to 4 months.

White wines are the pride of Kakhetian winemaking. White grapes are also pressed together with stems in satsnakhelis, and the resulting must is then placed in qvevris. The sediment containing skins, stems, seeds, pulp, and yeast is pressed for better must extraction.

Kakhetian wines are customarily drunk new, under a year of age, but best batches may be left in qvevris for years. Kakhetian wines are characterized by a pronounced varietal aroma and structure; they have the hue of dark amber or tea (white) and dark pomegranate (red), a high alcohol content (11-13%) and body (over 20 g/dm3), moderate acidity (4.0-5.5 g/dm3), and a high content of phenolic and dyeing substances (2.0-3.5 g/dm3). 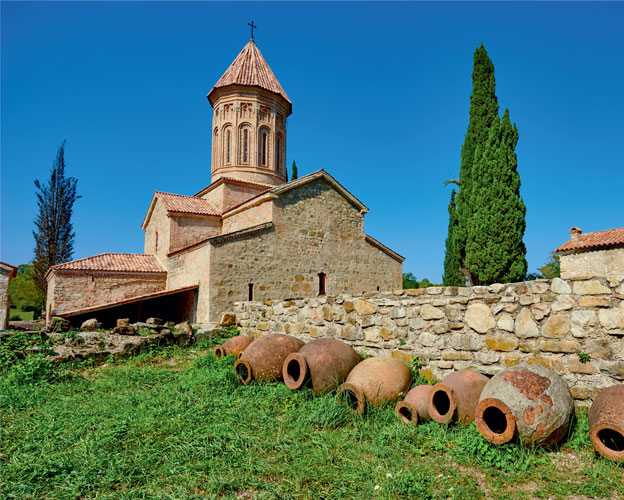 East Georgia occupies an extensive part of the Kura and Mtkvari basins and covers the Gori Plain (750 m above sea level) and the Mukhrani Plain (560–600 m above sea level). Byzantine and other ancient sources refer to Kartli as Iberia, with its center in Mtskheta.

The climate is temperate and warm, with dry, hot summers. The precipitation rates are low. Vineyard irrigation is required. The region produces classic table wines and wine materials for grape brandy and sparkling wines, such as Goruli Mtswane and Chinuri.

At present, viticulture and winemaking in Upper Kartli and Meskheti are not industrial-scale, but they are deeply rooted in history. The famous Vardzia, a cave town cut into a rock, is found here; it had maranis, qvevris, and stone crushers (satsnakhelis).

Southern slopes of the Mukhrani Valley, Tskhinvali, and many other microdistricts produce unique wine materials that go into sparkling wines. Sparkling wine is produced here mainly by the so-called continuous method. 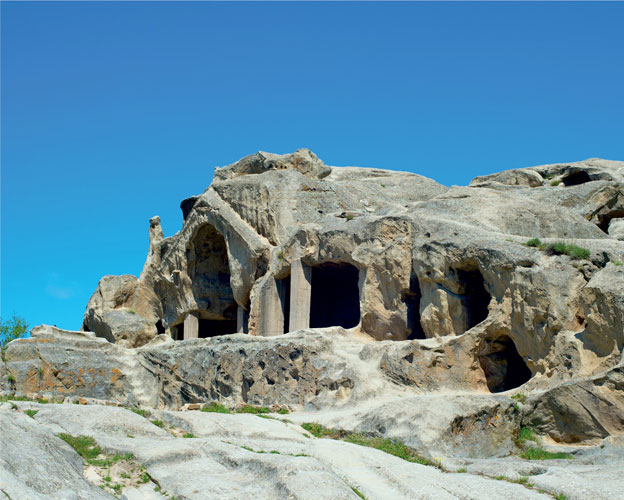 Imereti is a region of West Georgia lying within the basins and gorges of the Rioni and Kvirila rivers at an altitude of 200–800 meters above sea level. It was once the Imereti Kingdom, formed in the late 15th century. The center of the region is the city of Kutaisi. The climate here is moderately humid. The highest temperatures in the country are recorded in this area.

Imereti produces wines of both Imeretian and European types, brandy wine materials, as well as 80% of sparkling wines made in Georgia. According to local legends, the best qvevris were crafted by Imeretian master potters. The main grape variety here is the famous white Tsitska. It is used to produce magnificent, harmonious, delicate, and aromatic table wine, and it is also the main source for sparkling wines. Red wines from Otskhanuri Sapere and Saperavi and white ones from Krakhuna, Tsolikauri, and Goruli Mtsvane are held in high regard. Here are the peculiarities of the Imeretian winemaking method.

In Imereti, stems are removed from the must, while skins and seeds are left. Moreover, the must ferments in qvevris with squeezings making up only 4–6% of the must; they are removed after 1.5–2 months. The finished product has got a dark straw to amber hue, pleasantly tart taste, with an alcohol content of 10.5–13.0%, acidity of 6.8–8.0 g/dm3, and total dry extract no less than 21 g/dm3. 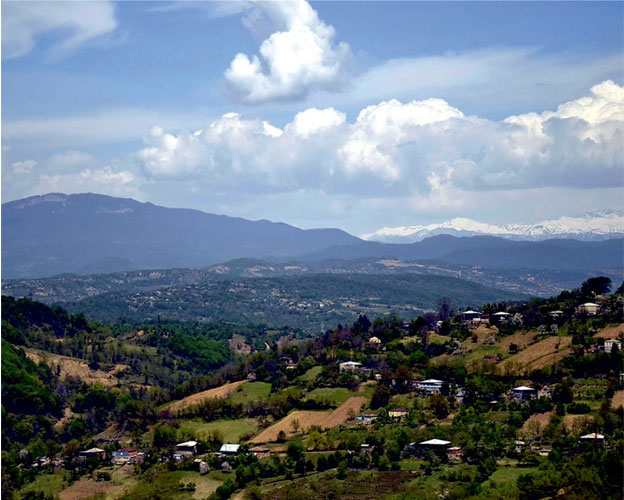 Racha-Lechkhumi is located north of Imereti on the banks of the Rioni and Tskenistskali rivers at an altitude of 500–800 meters above sea level. This ancient territory is a basin bordered by mountain ranges. The climate here is moderately humid, with sufficient heat and precipitation (annual average of 1,000–1,200 mm), which ensures a high sugar content (30%).

This region’s specialty is the technology of making naturally semi-sweet wines. Must with high (23–26%) sugar content ferments at lower temperatures (in the late fall or with artificial cooling). To leave some natural grape sugar unfermented, not the usual method of adding alcohol to stop fermentation, like in port wine, is used, but rather the must is cooled or poured into new vessels to separate yeast and nitrogenous substances (incomplete fermentation). That is why these wines are considered naturally semi-sweet. The wine in the barrels is kept cooled down to 4–5 °C for 2 months. It is then filtered and bottled, sometimes pasteurized and then stored in the cold. Isothermal freight cars are used to transport it. 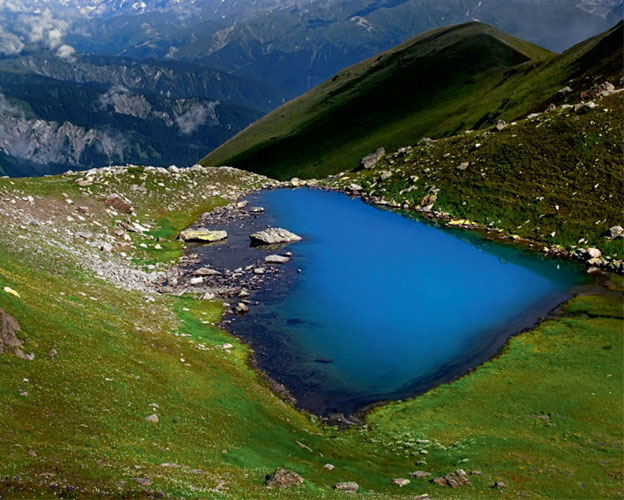 The wine region of the Black Sea coast historically includes Adjara, Svaneti, Megrelia, and Abkhazia. The region is located in the humid subtropics at an altitude of 0 to 500 meters above sea level. To preserve the wines produced in exceedingly moist conditions, the creation of special farms was required.

Traditions of grape cultivation and winemaking culture have been widely developed in Megrelia since ancient times. The wine here also ferments in qvevris and is sealed with clay after fermentation. Among Mingrelian wines, Ojaleshi is considered foremost. It is grown in the foothills, and the most famous region is Martvili district with its amazingly beautiful monastery. Near the Salkhino Palace, monks plant Ojaleshi grapes and make wine that is on par with Burgundy wines. This wine is a benchmark, and not only for Megrelia. The Chekobali and Chichefeshi Chinuri, Goruli Mtsvane and Budeshuri grape varieties are becoming increasingly popular.

Not much wine is made in Guria, though, because of the high humidity. The best known local product is Chkhaveri. In Adjara and Abkhazia, simple table wines are produced. 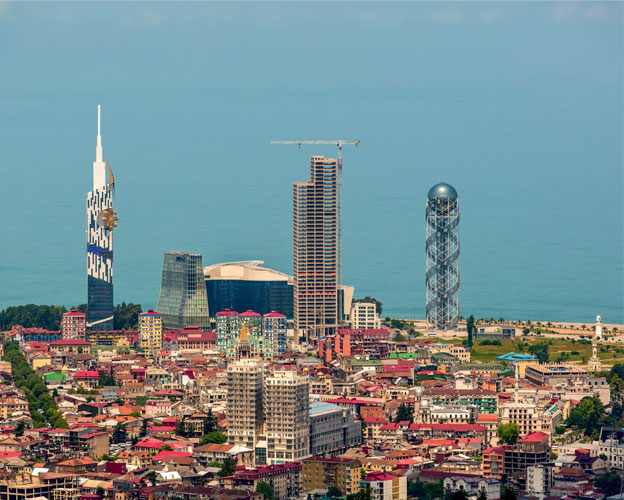