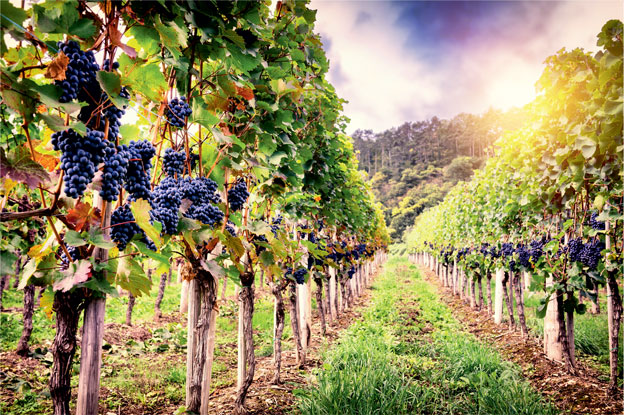 In modern viticulture, four directions can be distinguished: integrated, organic, biodynamic, and natural viticulture. Each of those has its own scientific underpinnings, history, and ideology.

Integrated viticulture is the classic way of handling a vineyard, formed by the late 20th century using the extent of then-cutting edge scientific and technical toolset with an emphasis on efficiency and the reasonable approach. An important aspect of this viticulture type is its eco-orientation.

The main principles of this approach are as follows:

The latter point speaks for itself: supporters of the integrated approach allow the use of pesticides and herbicides of certain types and in controlled doses. The list of vine care products used to control diseases and pests is quite extensive in this case. At the same time, the list of substances allowed for use is usually regulated at the state level. About three quarters of Europe’s vineyards follow this type of farming.

Organic, or biological, viticulture has become relevant in recent decades as a way to hop on the all-natural bandwagon, blending in harmoniously with the concept of caring for the health of people and nature alike. This is a rather moderate approach to working with plants and soil, close to the scientific method, yielding products that are very accessible to the average consumer with their tasting habits.

First and foremost, organic viticulture relies heavily on the purity of the soil, abstaining from using non-degradable or poorly biodegradable fertilizers, including chemical and synthetic pesticides and insecticides, and banning mineral and chemical fertilizers, as well as chemical herbicides. It dictates that a vineyard be located outside contaminated areas and its biochemical purity be constantly monitored and confirmed by appropriate surveys.

The cultivation of vines is based on the use of plant strengthening agents, increasing their innate resistance to pests, and leveraging protective agents authorized for bio-production, e.g. copper and sulfur-based substances. Organic viticulture also allows the sensible use of machinery and classical methods of crop growing, such as tillage with a tractor, mechanized harvesting, watering, etc.

Proponents of this type of plant care insist that their philosophy is much broader than just keeping the land pure, the vine healthy, and the future wine high quality; their overall challenge is to maximize the potential of the land and create a commercially attractive product.

This direction entails not only the two habitual components, that is, the soil and grapes, but also people, animals, the influence of natural phenomena, such as lunar cycles, eclipses, etc., and heavenly bodies—the Sun and stars, various natural rhythms, and so on.

Biodynamic winemakers play music by Mozart and Schubert on their vineyards, talk to grapes or pray among vines, till their plots using horses and ards rather than tractors, and even try to attract certain species of birds to their estates. They regard the vine as a semblance of the human body with all its systems: vascular, immune, endocrine, etc. And the wineries are arranges in such a way that the wine flows by gravity only. This is a genuine example of co-creation by man and nature based on the desire of the winemaker to feel, see, and understand the vine and grapes.

Rudolf Steiner, scientist, architect, philosopher, and founder of anthroposophy, is the ideological patriarch behind this approach whose works are often cited by biodynamicists. In 1923, Steiner established the School of Spiritual Science, which included research and development departments in the fields of education, medicine, agriculture, art, science, sociology, and literature.

The teachings of anthroposophy were aimed at establishing links between science and religion, humans and the Universe. In 1924, at the request of farmers, Steiner gave a series of lectures on the environmentally sound approach to farming, designed to increase the fertility of the soil without any rough interference or the use of chemical fertilizers and pesticides.

The basic premise of biodynamics in viticulture is based on a constant, profound study of all its natural aspects and an attempt to balance its various components. In this concept, an estate is considered a single organism capable of absolute self-sufficiency. Plant or soil diseases are perceived as a symptom of issues affecting the entire organism. 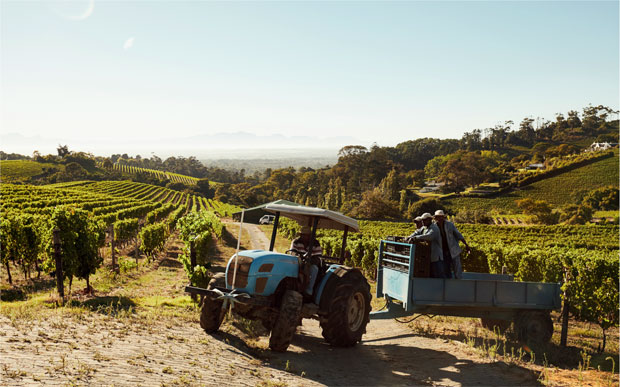 Critics of this approach sometimes dismiss biodynamic viticulture as a «hippie movement» or «shamanic viticulture,» drawing public attention to the use of unconventional cultivation methods. Many of those techniques have not been scientifically tested or are based on obscure logic, yet even critics have to admit that manure and quartz seasoned in a cow’s horn somehow have a palpable impact on soil and crops. Even moon phases and the feng shui combination of forces in the vineyard have a beneficial effect on the resulting wine.

How do you identify a bio-wine? First of all, there has long been a form of certification established by the relevant organizations in the European Union (Demeter and Biodyvin). The certificate is not issued to a specific wine but rather to the estate as a confirmation of the principles it observes. However, winemakers often are reluctant to waste time and money on such formalities and simply inform the buyer or post the cherished «organic/biodynamic wine» inscription on the bottle. This is where the question of a seller’s honesty and a buyer’s trust comes into play.

Secondly, the organoleptic properties of such wines speak, if not shout, for themselves. Biodynamic wines are rebels in the modern market full of «polished» wines, rough, bright, shocking at first, packed with unusual flavors and tastes. A bio-wine means a lively and intense smell and an unconventional behavior in a glass. It is not just you having a conversation with the wine—it is also the wine having a conversation with you.

Many biodynamic wines, albeit exotic, are highly regarded by wine critics. Naturally, not all winemakers are able to achieve harmony in such wines. Each vintage requires a huge effort from the viticulturist and the oenologist, as well as deep knowledge of the spiritual side of life as applicable to winemaking. 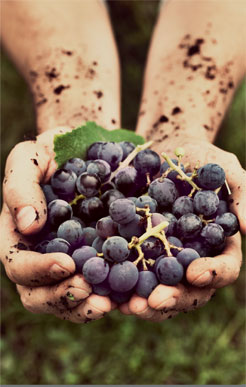 The most orthodox trend within the eco-approach is natural viticulture. This direction asserts the strictest adherence to natural cycles in vineyards and naturalness in wine production. Proponents of this approach shun the use of sulfur dioxide to stop the wine fermentation.

This affects the shelf life and transportability of wine, which certainly makes this type of husbandry tied to the place where the grapes grow or where the wine is made. To try such a natural product in its purest form, you need to come directly to the winery. There might well be certain wisdom in this, as the guests get an opportunity to feel the land on which the grapes grew, enjoy the view of the vineyards, as well as witness and appreciate the work of the winemaker and farm employees.