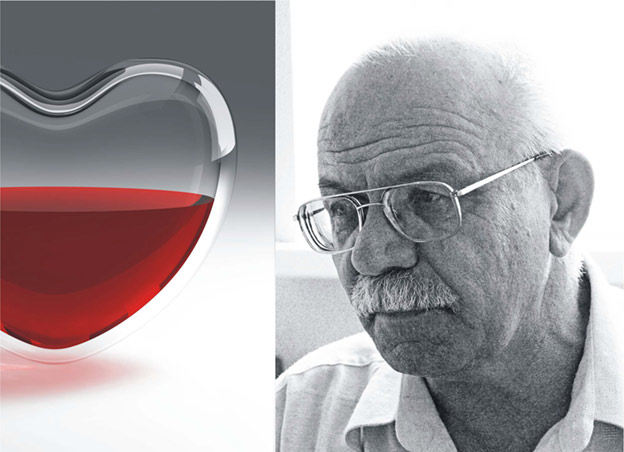 Whether wine is nourishment, medicine, or a poison, is all a matter of dosage.

The History of Wine Therapy

Wine therapy was invented centuries ago. In the Iliad, in events described dating back to the 8th century BC, Homer talks about two doctors, Machaon and Podarilius, who used wine to heal wounds. Hippocrates, the legendary father of medicine, whose person is attributed the famous oath taken by most doctors even today, in the 5th century BC wrote: «Wine is an appropriate article for mankind. Both for the healthy body, and for the ailing man.» Here is another quote attributed to him: «Let food be thy medicine and medicine be thy food.»

In the history of wine therapy, there have been both peaks and drops. Recently, American scientists discovered that the inhabitants of the wine regions of France, despite the fact that they smoke a lot, are not keen on exercise, do not have a healthy diet, and consume a lot of meat, fats and fried food, are nonetheless much less prone than Americans to cardiovascular diseases, tuberculosis, influenza, and malaria.

The secret of their health lies in the fact that they drink natural red wine with every meal, but never go overboard with it. This discovery has encouraged the development of modern wine therapy in the world. Wine treatment is recommended to treat anemia, scrofula, malaria, diabetes, tuberculosis, fatigue and many other health issues. If an issue you are facing is truly serious, only a specialist in wine therapy can determine the correct dosage and type of wine for treatment.

In Russia, wine therapy was born under the rule of Catherine the Great, when the first health resorts for the officers and soldiers of the Russian army were built in Crimea after the end of the Russo-Turkish wars. From 1821 to 1891, Russian pharmacopoeias generously wrote out prescriptions for wine. The brands Chorny Doktor, Solnechnaya Dolina, Kokur and fortified red wine were among the most popular selections. The dosage was prescribed individually, from 10 to 100 grams maximum (half-and-half with water, warmed up) with the addition of various spices and honey.

During the early 20th century, wine therapy was still popular in the clinics and resorts of Kuban. After the Revolution of 1917, this tradition was lost completely. Modern physicians have a very poor idea of the chemical composition and properties of wine, much worse than what their ancient colleagues understood. Oenotherapy does not appear anywhere in the compulsory course offerings of medical schools.

In fact, there has only ever been one truly scientific work in Russia dedicated to wine treatment, the book by professor Prostoserdov «The Dietary and Medicinal Properties of Grape Wine,» written in the 1930s and republished in Novocherkassk in 1993.

Today, there are several places in Krasnodar Krai (also known as Kuban), where people are trying to revive this method. However, only one practitioner truly deserves the title of wine physician: Alexander Karaulov, director of the Ochakovo health resort (Goryachy Klyuch, Russia). He completed a specialized internship in Bordeaux to receive his certification. Doctor Karaulov believes that Kuban in general, and the town of Goryachy Klyuch in particular, is perfectly poised for the further development of wine therapy.

Three years ago, Alexander Kholopov, MD, deputy director of medical facilities, Ph.D., and associate professor, practiced treatment with wine for visitors of the Plamya health resort (near Anapa). Unfortunately, he cannot renew his license, although the results of his treatments were very encouraging, despite the lack of a full-fledged base including equipped laboratories, chemists, geneticists, and experts in wine, i.e. the necessary conditions to conduct adequate scientific research.

Unfortunately, without this base it is impossible to identify and classify wines by their pH value or other indicators. He relied on the following scheme: any grape white dry wine — for the gastrointestinal tract, red dry — for the cardiovascular system, sweet and fortified wines — against anemia, to boost the immune system, post-surgery recovery and as an anti-stress aid.

«For our work we use the information provided to us by AZOSViV about their research into grape and wine varieties. They conduct research, and we base decisions closely based on their results. We also use recommendations from our colleagues in Ukraine, pre-revolutionary materials and research by experts from other countries, mostly France,» says doctor Kholopov.

Still, even though he is no longer licensed for wine therapy, Alexander practices methods he holds certifications in today, in particular, treatment with grapes (ampelotherapy). «We use grapes from Anapa for treatments. We also have treatments involving seeds and oil, and brew our own infusions and ointments from grape skin, leaves and stems.»

This is how doctor Kholopov comments on the future of this method: «We are getting ready to publish several books and practical recommendations in the field of wine and grape therapy. Right now, we are conducting scientific research and collecting all the information available on this topic both in Russian and international sources. Based on what we find, we add it to what we know about in Anapa.»