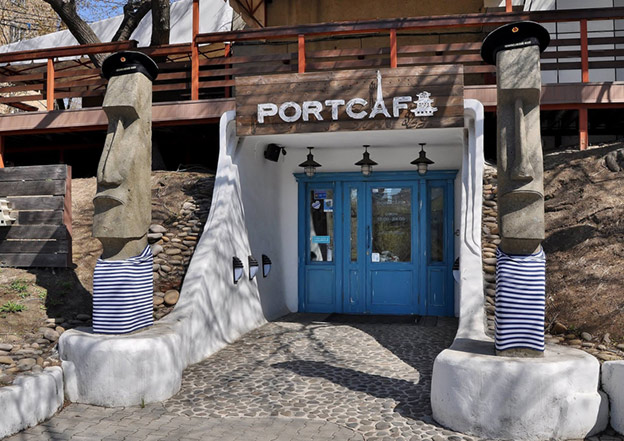 Port Café is a taste of Vladivostok in the literal gastronomical meaning of the word!

The core of its menu consists of ingredients from the Far East, giving the restaurant a tremendous advantage being able to serve dishes at their freshest. The restaurant’s aquariums are filled with live crab, sea scallops, mussels, oysters, and sea cucumbers. Seafood and products from the taiga are Far Eastern superfoods that stand out thanks to their health benefits and extraordinary taste.

The authors of Port Café’s dishes include the actual people who go diving for sea scallops and mussels or forage the taiga for lemongrass, ferns, and pine nuts. 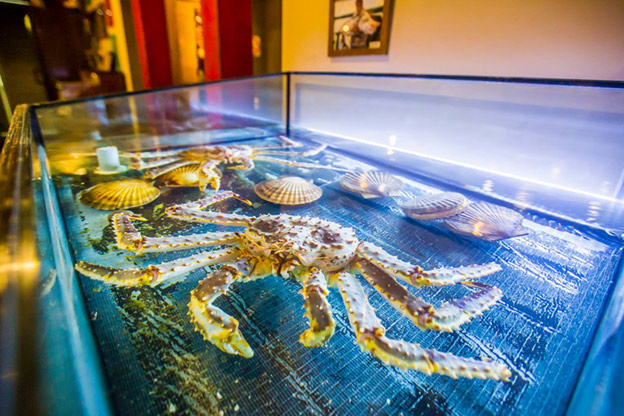 Here, the seafood and wild taiga plants are prepared in a multitude of different ways, including served raw, boiled, grilled to a golden crust, baked in the oven, sun dried, pickled, or smoked.

Hints of influence from the cuisines of the neighboring regions can also be felt in the restaurant’s menu, with Korean in the spicy kimchi and ferns, Japanese in a wide variety of sauces (including unagi oyster sauce), and Pan-Asian in wok dishes. 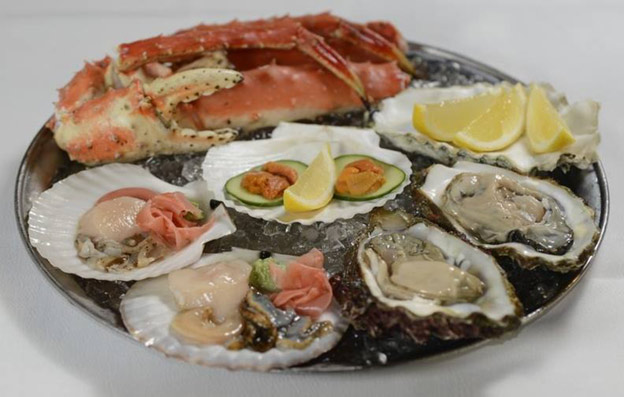 Port Café’s interior design is simple, cozy, and homey. The restaurant’s walls are adorned with pictures of Vladivostok and Primorye landscapes taken by local photographers. 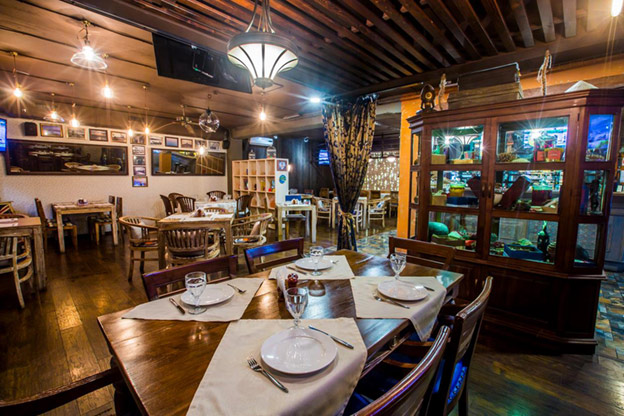 Port Café is Far Eastern through and through!