Malbec! The grape known as Côt in Langedoc, southwest France. This is where Malbec comes from. Just a few centuries ago, it was grown in 30 departments of France, but it ended up overshadowed by leading grape varieties from two other wine regions, Bordeaux and Burgundy, that exchanged blows, competing for the upper hand in French winemaking. It is very likely that these days, when the climate has grown warmer, the time is ripe to ramp up use of this variety, refined and bearing the charm inherent to it when grown in its native France, coveted not for power and body but for moderation. Anne de Joyeuse Original Malbec 2011 wine has the unmistakably French style: subtle yet unforgettable. It is a unique wine created not by a single chateau or winery, but by an entire wine cooperative supervised by the famous oenologist Guy Andrieu.

Limoux is a city and municipality in southwest France. It belongs to the Languedoc-Roussillon region. It is an ancient land with a quirky double name. Roussillon is the French part of Catalonia, and Languedoc was historically called Occitania, or Gaul.

The mystery here is not limited to the name, though. It is like the whole region is full of mystery and the breath of old times. Many cities here were founded in centuries BC, and the 17th century is considered contemporary by Occitans.

The Templars built castles here, dreaming of the Grail, and also cultivated the largest vineyards in France… However, local wines are nearly exclusive to the domestic market, and this despite the fact that the region disputes the Champagne’s precedence in the invention and production of sparkling wine: locals claim that fizzy wine made from the local Mauzac variety was being made here long before the emergence of the famous bubbly from Champagne and Aÿ.

Of course, experienced consumers know about wines hailing from Languedoc-Roussillon, but very few, if any, of those were able to come here and draw upon the deeper details. It is as if the place is withholding its heritage, keeping it all together.

A historical milestone for modern winemaking in Aÿ can be considered the year 1868 when Dr Guyot, a forefather of the modern scientific approach in French winemaking, noted the wines from Limoux to be of exquisite quality. According to him, Limoux appears in all its glory through red wines, and they deserve to be on the same list with the best of them.

The name of the Languedoc region means the «land of Oc,» i.e. Occitania. The local Occitan language, a relative of Catalan, is still widely spoken here, with the number of native speakers exceeding two million. By the way, ‘oc’ stands for ‘yes’ in Occitan. This word has found worldwide fame by now.

The Cave Anne de Joyeuse cooperative was founded in 1929 to produce red wines from grapes harvested at the Limoux vineyards and in the Upper Valley of Aude. Paying tribute to its native land, the company was named after Duke de Joyeuse, Baron d’Arc, a well-known nobleman, Governor of Normandy and Le Havre, and a contemporary of Henry III.

Gradually, winemakers began to cultivate more famous varieties here, such as Merlot, Cabernet Sauvignon, and Chardonnay, which, given the local terroir and climate, took on a more southern character that, however, depends on the peculiarities of the particular subregion within Limoux.

In the late 1980s, the region obtained the status of an appellation. White AOC wines have been produced here since 1989, and red wines controlled by the place of origin, since 2004. While this fact undoubtedly gives better opportunity to promote wines from Limoux outside of France, it also imposes a number of restrictions on winemakers.

For white wines, the appellation upholds a general strict rule regarding the fermentation and subsequent aging: they should only take place in oak barrels.

Red wines have their own rules for each type. The range of grape varieties that can be used for wine production with an indication of the place of origin is limited. 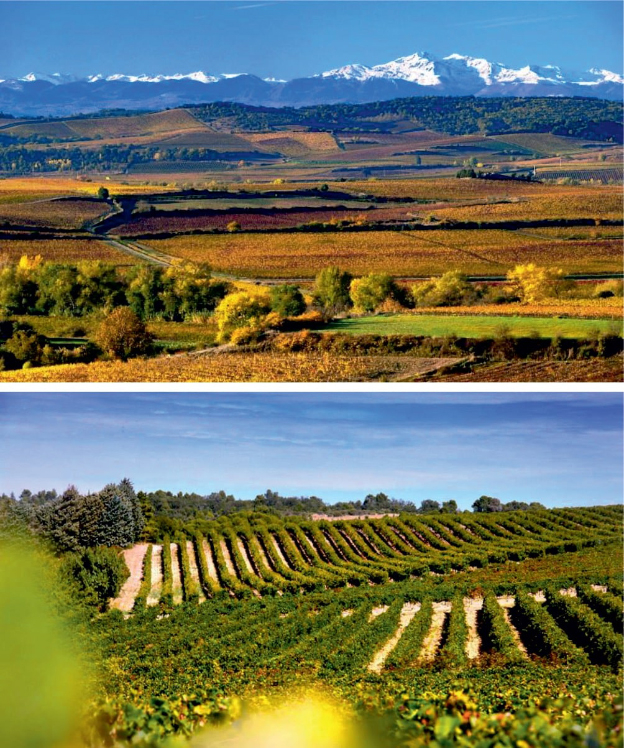 Geo-climatic studies carried out in 1978 established three main zones with different types of soils in Limoux.

The vineyards of the Anne de Joyeuse cooperative are found in all three of those. Terroir influenced by oceanic climate is found at an altitude of 200–300 m, with the average rainfall of about 750 mm; the climate in this zone is moderate, which ensures the late ripening of grapes. The soils here are clay and limestone.

Terroir with a Mediterranean climate dominates Limoux and Saint-Hilaire. The vineyards in these places grow an altitude of about 100–200 m. Rainfall is 600 mm around Limoux and 680 mm around Saint-Hilaire. The climate here is hot and dry, which is why the growing season is short and the grapes ripen early. The soils here are light and clayey-loamy in the upper part of the hill.

Terroir formed under the influence of the Pyrenees is located at an altitude of 600 m, with more rainfall (about 750 mm) and a cooler climate. All this makes the ripening process even slower, allowing the grapes to evenly gain polyphenolic maturity. The soils here are characterized by red clay with iron, sitting upon rocky plots with limestone.

Malbec grapes used to produce Original Malbec 2011 are grown in the Pyrenees on a slope facing the snowy mountain peaks. 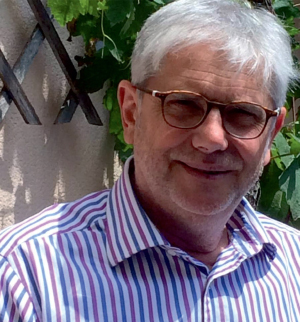 The winemakers who are members of the Cave Anne de Joyeuse wine cooperative, currently tallying about 650, are passionate about caring for their vines, vineyards, and their region. It is one of the ten winemaking cooperatives in France, and it upholds very high membership requirements. For 30 years now, the cooperative has been led by the famous oenologist Guy Andrieu.

All members of the Cave Anne de Joyeuse cooperative should strictly follow the procedures established and controlled by oenologists who visit the vineyards all year round for consultation and quality control.

GPS technology is used to monitor the condition of vineyards and the production process. The ripeness of grapes in all plots is monitored using thermal imaging satellites.

Since 1994, special attention has been paid to the environment, using the biodynamic approach to working the vineyards and producing wines. The implementation of these methods and principles is reflected on the label of each wine with a small round emblem that reads «Protect the Planet.» This philosophy lends the vineyards of Cave Anne de Joyeuse the character of a preserve.

During vinification, an individual approach to each vine is used, and the bunches are plucked off by hand. Investments in vineyards and wineries allow for combining tradition and modern technology to produce wines of the highest quality.

Original Malbec 2011 is made from Malbec grapes only. Their thick skins are a treasure trove of polyphenols, such as tannins and anthocyanins.

Malbec stores anthocyanins even in the pulp, akin to Saperavi, and just like the latter, it will happily dye your tongue purple. This variety loves the sun and reaches out for it, feeling comfortable in the highlands, which is the reason behind Salta in Argentina becoming its home away from home.

Malbec can become very different wines depending on the place of growing: in southwestern France, they are subtle and elegant, but well-structured and self-sufficient in the young age already, while in Argentinean Salta, they are powerful, saturated, very complex, and with high alcohol content, requiring long aging and becoming accessible no earlier than 10 years from the moment of production.

Naturally, there are nuances that usually stay hidden from the consumer. The thing is that the legislation of some countries allows for adding a small percentage of other grapes to varietal wines without the need to designate the fact (usually, such additives are permitted to reach 10–15%).

In Argentina, Merlot is often added to Malbec, but in southwestern France, winemakers do not always jump at this opportunity. In Cahors, such wines are legally separated from each other. A proper Cahors may be either 100% Malbec, which will be indicated on the label, or, should some Merlot or Tannat be added, it will obligatory to inform the consumer about it.

Simply put, Malbec wines come in a vast variety of shapes and styles. Everyone can find something familiar and pleasing among those. 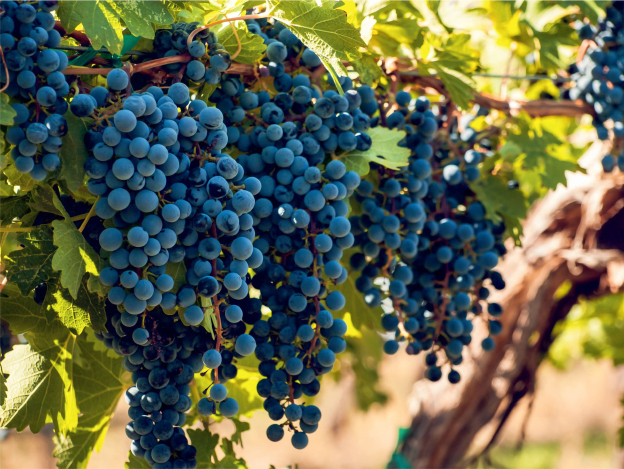 When producing this wine, the fermentation takes place in stainless steel vats over eight days. Gentle extraction methods allow for the production of wine with a well-balanced phenolic and tannin structure. The wine is then aged for six months in French oak barrels.

Anne de Joyeuse Original Malbec 2011 wine has a rich purple and ruby color, with an aroma of blackberries and violets, soft tannins and overtones of ripe black berries, as well as hints of vanilla, cocoa, and plums. It is a well-balanced wine with a long aftertaste. It can already be enjoyed today, but it will keep developing and improving for at least another five years.

The wine will share a welcoming note of berries when accompanied by meat, creating a complete taste sensation. However, this work of winemaking art is better suited for a different setting. The wine is so light and self-sufficient that you do not want to add anything to it. It is an example of style and intelligence in wine, with a stunningly tender berry component. It is summer itself sharing its flavor, giving a chance to taste ripe red and white currant plucked straight from the branch, berries that are tender, sweet and subtle at the same time.