«The peoples of the Mediterranean began emerging from barbarism when they learned to cultivate olives and grapevines.» That is the opinion of Greek historian and general Thucydides in 400 BC. Olives are closely connected to the development of the world’s civilizations, and it is far from chance that the dove of peace carries an olive branch in its beak.

The olive (Olea europaea) is a tree in the Oleaceae family, and one of the main symbols of Mediterranean culture. People started cultivating olives here roughly six thousand years ago.

The code of laws established by Babylonian king Hammurabi (approx. 1792-1750 BC) contained the first regulations on the olive oil trade. Olive oil was a strategic good for the merchants of Phoenicia and Greece, and the Arabs who arrived to what is now modern Spain, brought olives as a cultivated culture as well as the technology of oil production from its fruits. The Spanish word «aceite» comes from the Arabic «az-zayt» (olive juice). Thanks to Spanish conquistadors, the olive spread to the American continent and assimilated there fairly well. 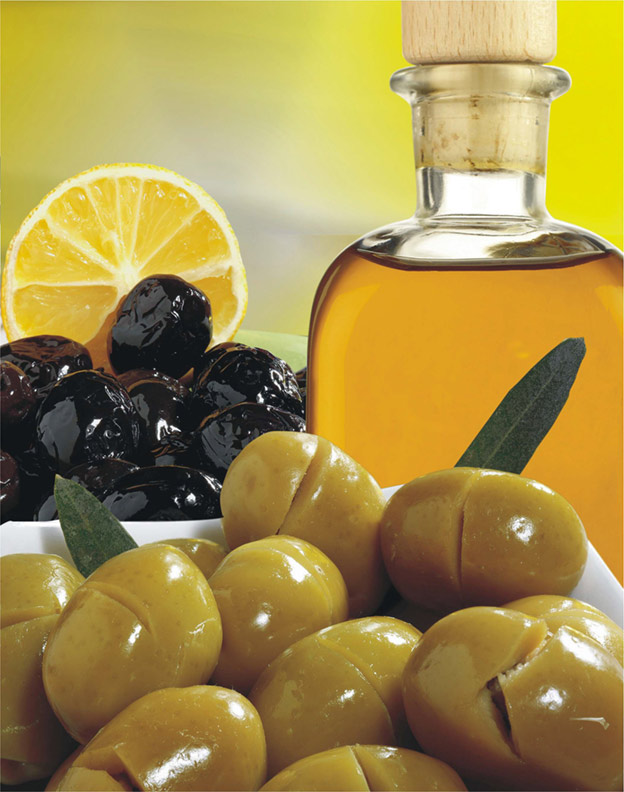 Young olive trees start bearing fruit 5-10 years after planting, and grow to full maturity in 20 years. It is not hard to find noble, two-hundred year old olive trees on European plantations, and the Spanish consider the olive to be immortal. They say that somewhere in Spain there is an olive tree that is over 2,000 years old!

Olive trees bloom in spring with tiny white flowers, and up to three percent of those flowers will turn into olive fruits. At first, they have a cheerful light-green color, which later turns to red and purple. Then olives change their color to black. Harvesting begins at the end of fall, when it is easy to see the entire color palette described above on the trees.

Here is what the harvesting process looks like: a special net, which in theory is supposed to catch the falling olives, is spread out under the trees. The next step varies depending on the age of the tree, the lie of the ground, the weather and financial capacity of the producer: tools range from small rakes and sticks, to manually-operated shakers and machines of all sizes and shapes. 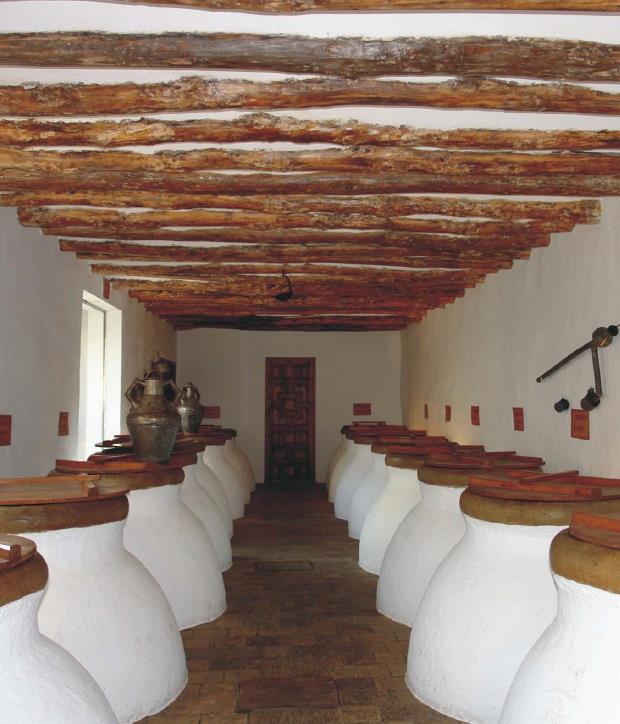 The collected olives are then taken to the oil mill, where they must be processed within 24 hours. Apparently, this can be done later, but the quality of the final product will be significantly lower. The olives are separated from twigs and leaves using an airflow, and then the fruits are sorted according to quality and washed with running water.

The next step in the process is crushing the olives (the pits are not separated out), until they turn to mush. This mush is then further ground in different ways many times over. Oil can be produced with traditional technologies (mill stones) or more modern methods (steel drums). The resulting product is then stored in special cellars at the temperature of 15-18 °C, away from sunlight and other strong smells.

The result of all this so far is what is known as unrefined olive oil, meaning oil extracted from the fruits of olive tree by physical methods in conditions that do not deteriorate the quality of the product. In this case, olives do not undergo any processing except for washing, decantation, centrifugal separation and filtration. Up to five kilograms of olives, depending on the variety, are used to get one liter of unrefined oil.

The methods for tasting and analyzing olive oil are determined by the International Olive Council, which is comprised of almost all countries where this wonderful product is produced. Typically, a commission of 10 professionals evaluates the quality of the oil. The tasting is blind and takes place in a special room. The samples are served at the temperature of approximately 28 °C.

Unlike, for example, in certain methods of wine tasting, here the members of the committee do not focus on the positive characteristics of the samples, but instead look for deficiencies in organoleptic testing, designed to evaluate aromas and taste. In addition, the oil has to pass a chemical analysis to define the acidity level, detect adulterants, etc.

If the chemical or organoleptic analyses detects any deficiencies caused in the process of production, by weather or other causes, the producers must refine the oil in order to eliminate these defects. The result we get then is refined oil, which preserves all its benefits and has an acceptable acidity, but without the defects in aroma or taste. This is called Aceite de Oliva Refinado and, according to Spanish law, cannot be sold in Europe. In order to enhance the smell and taste of such an oil, producers add Aceite de Oliva Virgen Extra or Aceite de Oliva Virgen to it. The percentage of additives depends on the good faith of the producer. In the end we get a totally new product called Aceite de Olive, which is olive oil completely certified to appear on store shelves.

Olive oil can also be made from pomace — the hard paste remaining after the olives are pressed. Shoppers can find it in stores under the name Aceite de Orujo de Oliva.

The world leaders in olive oil production are Spain, Greece, Tunisia, Turkey, and Italy (the principal market area for Spanish unbottled oil). The largest world producer and exporter of olive oil to more than 100 countries is Spain. As of today, it covers approximately 42% of the world market and 52% of the European market.

Spanish production is composed of more than 250 million trees in nine regions officially certified for olive oil production. Whenever there is a high quality product controlled at all stages of production, the term Denominations of Origen is used.

More than 260 kinds of olive trees grow in Spain, offering a great variety of fragrances and tastes of Spanish oil, and also indicating the high demand of producers and consumers.

The largest olive oil producing region in Spain and the world is Andalucía. Here they cultivate such famous olive varieties as Picudo, Hojiblanca and Picual. In fact, Picual composes 50% of all olives in Spain, and about 20% of world olives.

Other important areas of production are Castile (the most famous variety here is Cornicabra), Extremadura (Carrasquena and Morisca olives), and Catalonia (Frogo, Arbequina and Empeltre). The organic cultivation of olives in Spain began in the 1970s. At the moment, approximately 40% of all agricultural land in Spain is engaged in olive cultivation. 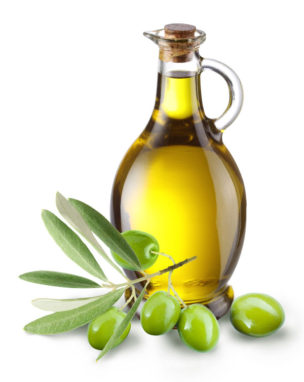 If we apply wine terminology to olive oil, we can say that it may be either assemblage or sorted. Even age is important for olive oil, which is why some producers have started to indicate the harvest year on the bottle.

Oils produced from different kinds of olives and using different technologies can vary dramatically in taste and aroma. The choice of oil for food is a complicated process that demands both creativity and knowledge, and can be compared to selecting wines. The best choice for a vegetable soup is savory, slightly bitter oil, while salt water fish goes well with sweet oil.

The Spanish believe that Virgen Extra and Virgen olive oil are best used for cooking. Olive oil can be used in salad dressing, to make sauces or mayonnaise, or added to chocolate and ice cream.

If we want to fry food, it should be taken into account that when heating it up, the volume of olive oil increases and you need smaller quantities than other kinds of oil. The optimal temperature for frying with olive oil is 130 to 190 °C. Normal oil at an average price is most commonly used for frying, as Virgen Extra loses most of its aroma at high temperatures. However, if a bottle of Virgen Extra has been standing open for more than two months, do not hesitate to fry with it.

The best sorts for frying, recommended by specialists, are Picual and Cronicabra. The best for home consumption are small bottles that can be used in the span of two months, considering that different kinds of olives lose their aromas at different speeds. The most dangerous enemies of olive oil are air, sunlight and high temperatures. Even if the bottle is kept closed in the correct conditions, try to use it within the span of a year.

When selecting olive oil in a store, never purchase a bottle that was exposed for a long time to direct sunlight or artificial daylight lamps.

Olive oil is so healthy that it would be strange to even start talking about its benefits. The only thing I would like to remind readers about is the ability of this product to lower the level of «bad» LDL cholesterol, and maintain healthy levels of «good» HDL. Another benefit is its oleic acid, high contents of which contribute to good digestion.

Also, dear wine lovers, let us not forget that the fragrance of olive oil takes a significant place among the tertiary aromas of wine. After all, what can be simpler and healthier than a glass of wine, a slice of fresh-made bread and a bowl of olive oil!