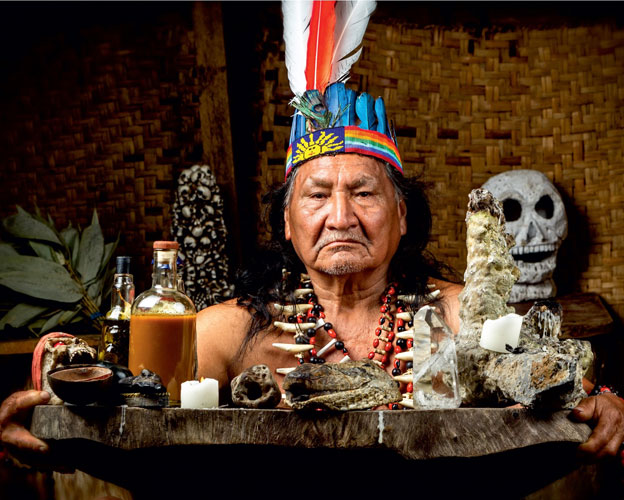 In our historical section, we present a piece by Ben Chelero, researcher of Native American cultures, traveler, and author of several books on culture and drinks of indigenous peoples of America. The author reveals the secrets of power drinks, explaining the objectives and principles of the traditional Native American beverage culture.

Spirit drinks are a general denomination of all beverages that have been and continue to be used in the traditions of indigenous peoples in the Americas. Understanding life as a way of interacting with one’s spirit is a common motif in all Native American traditions. The spirit itself is the embodied idea of Bacchus with a regional twist: the connection with the power of the drink and the ability to set the consumer up for the highest experiences. These are the general concepts of Native American cultures where the value of connection with the forces of nature is stored in the genes.

Be a drink made of corn, cactus, or blue agave, it is similarly valued, akin to holy water. Case in point, chocolatl (a drink made from cocoa) was called «foaming water» in the languages of Maya and Aztecs, herbal drinks in Aymars and Quechua were called «hallowed water,» and the meaning of mate in Guarani went as «a drink presented by the god Tupi.» In general, it all boils down to a certain attitude Native Americans have to nature as well as the vegetative processes. Basically, no matter what the drinks were made of, in indigenous cultures, they correlated with ritual processes, not unlike wine—regardless of the proof. 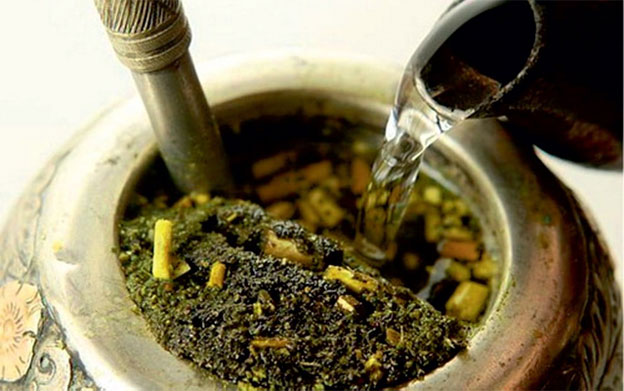 Of course, there have been some changes over time that have shaped a number of habits. However, the most important and revered to this day are still the drinks of the gods and the drinks of power associated with them, made by shamans and local doctors.

Drinks of power, in turn, have shaped the understanding of beverage as food, as a way of sating hunger. This is due to the fact that certain tribes spend a long time passing through the jungle and intaking solely decoctions of various roots and leaves that feed their body and mind alike. And introduced to this culture was, of course, what we call alcoholic beverages, which came to the Native Americans alongside all the other joys of civilization. Let us dissect these aspects in better detail.

Beverages of the Gods

Native Americans’ experience at interaction with plants of power has formed a culture of infusions, potions, and elixirs which, when used properly, open up vast opportunities for maintaining strength and health. The main purpose of all this activity is to keep the power inside.

Beverages of the gods, or spirit drinks—ayahuasca, peyotl, calea zakatechichi, teonanacatl (literally, «flesh of God»), heimia (sinicuichi), San Pedro cactus tincture, jurema, tlitliltzin in the Aztecs, etc.—all of these drinks have been used by indigenous peoples in rituals and initiation activities, and all of them possess a certain amount of power that needs to be adjusted.

One of the oldest and best-preserved traditions is the preparation and consumption of a drink based on the ayahuasca plant. The process of preparation of such drinks is long and demanding, and they are usually conjured specifically for a particular task.

With today’s greatly blurred concepts of life and irresponsibility of those who make fortunes on such things, it is very rare that you find a properly prepared drink, but even if you succeed, there is still a lot to be done. It also takes a special skill to intake it. Still, we can say that it is thanks to the culture of power plant beverages that the tradition of using some species has been preserved.

The most important condition for taking such drinks is the power of the space where the plants used as ingredients grow. Only then do the plants have the right quality for use. For their drinks, Native Americans use only properly prepared ingredients: plants must grow in the right places and be at a certain stage of the vegetative cycle, that is, they need to be collected in just the right time and properly prepared.

The experience of observing nature and using different plants was summarized in the knowledge of the human development possibilities through the consumption of various beverages. In practice, for Native Americans, such drinks always had a meaning that was not so much symbolic and ritual as functional.

Plants are taken under the supervision of a shaman as they contain psychoactive substances, if not straight up poisonous components, which can be harmful without proper consumption skills. Failure to understand this has a negative impact on the mind and can even be fatal. 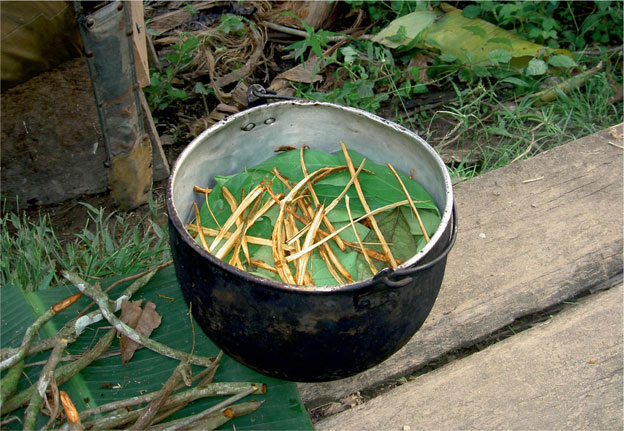 In Native Americans, medicinal potions and drinks have always been closely associated with forces of nature or totemic powers. Medicinal drinks span a variety of potions and herbal extracts, such as Uncaria tomentosa (cat’s claw), sage of the diviners, coatl xoxouqui (Turbina corymbosa), and others—the list is endless, so let us instead try to get to the bottom of the process.

The fact is that Indian medicine is, above all, medicine of the spirit. It would be more appropriate to say that Native Americans would never stick to only treating the body but not its connection with the spirit. First and foremost, shamans work to heal or restore the spirit, and the body has always been an afterthought to them. A person cannot be considered healthy as long as they have a spiritual disturbance.

Actually, indigenous peoples had been unfamiliar with many diseases, from influenza and measles to smallpox and whooping cough, until all that was brought to them by the Europeans. That said, diseases such as yellow fever or malaria, associated with certain climatic conditions, had existed in the Americas before, and it was to fight them that medicinal infusions and potions were created. However, it should be understood that any disease in Native Americans was always linked to the lack of internal power, so the first move would always be to try and restore it, and the process of recovery could take a lot of time and effort.

The most important thing was to establish the cause of the harm, the process mastered by various master spiritualists: brujos, ayahuasqueros, curanderos, and other shamans of South America. Thanks to the climate and the abundance of suitable plants, this approach is dominant in the medical culture of the region.

Perhaps this understanding can be attributed to the time of the conquistadors’ push into the new territories; the invaders would often deprive locals of food but still would sweat them mercilessly. Leaving captives without food for long periods of time, the slave drivers would be surprised to find them not only able to survive through the toughest challenges but also enormously vigorous, even if they had nothing to consume but water and herbs.

We can thus distinguish two directions in beverages made through fermentation: beverage as food (champurrado or chocolate atole in Mexicans, cocoa, etc.) and food as a beverage (pozole, pinole, atole, mate, kava, guarana, white corn small beer, etc.). Of course, the most significant drinks here are the maize-based ones infused with a mixture of various plant ingredients, leaves, peppers, or beans and then ground on a metate. The resulting mass is then used to make flatbread. Various beans and cocoa are treated in the same way. The fruits of different trees are also popular.

However, it should be understood that Native Americans would never eat indiscriminately, as any fruit was part of their interaction with the forces of nature. For them, consumption was a process, more of a ritual than just a meal in the modern sense. Indians usually ate once a day, at sunset. The rest of the time, they consumed only liquids.

Interestingly, shamans were divided by the type of consumption of both food and beverages depending on their personal diet or being tuned to certain forces of nature. In general, the preparation of various fermented products also formed a special indigenous cuisine associated with the use of ingredients from which fermented products derived. Naturally, the main ones were corn in the north and quinoa in the south. 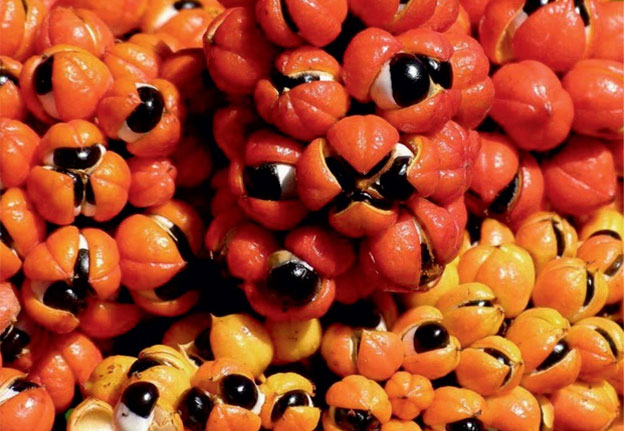 Alcoholic beverages should obviously be considered a culture brought to Native Americans by their conquerors, but only from a psychological perspective. Accustoming locals to drinking and distracting them from their traditional ways introduced alcohol addiction into their lives. But that is only one side of the question.

The other was the fact that distillation techniques, never seen by natives before, spurred a higher level of interaction with the plants. Meanwhile, the process of liquids fermentation had been known to indigenous peoples long before distillation became available to them.

This topic really contains a collection of complex intersecting layers based on tradition and its destruction alike. The difficulty in understanding this question lies in the fact that the brain of a native, accustomed over the generations to absorb everything it needs from liquids, is just as well adjusted to soak up any other liquid. Thus, when they consume strong or low-quality alcohol, or even Coke, they get inebriated quickly.

Therefore, when low-quality drinks were introduced into their lives, Native Americans were simply doomed to mindless existence. Since ancient times, indigenous peoples had been familiar with the taste of fermented liquids based on maize or teosinte, honey, various fruits, berries, and cacti, such as, say, haren a pitahaya, so readjusting them was easy enough. Those drinks had alcohol content somewhere between 4% and 12%. The consumption of such drinks was either a ritual process or a way of sating hunger.

But having disrupted the very origin of nutrition and purposes of consumption, Native Americans mostly fell victims of losing connection with their culture and not being able to develop anything new, apart from the business based on alcoholic beverages.

The biggest challenge here was mental damage. Upon losing their faith and attitude towards the forces with which they had been associated, the natives were effectively stripped of their identity. Thus, chicha, teosinte, haren a pitahaya, balché, picula kakla, and others fell out of the traditional ritual way of life, and, subsequently, their quality and attitude towards them changed.

At the same time, certain tribes that preserve the traditional way of life still maintain a culture of consumption of rather complicated drinks like Ayahuasca or even rarer beverages of the selva-dwelling peoples. Such drinks are almost unobtainable by an outsider and can only be accessed with sufficient preparation and comprehensive study of Native American cultures. 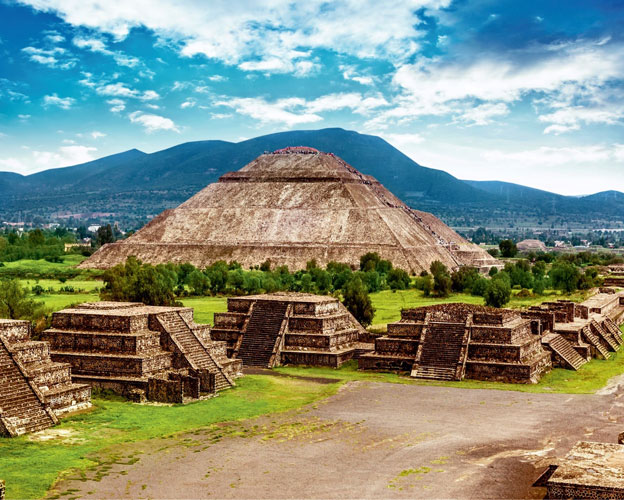