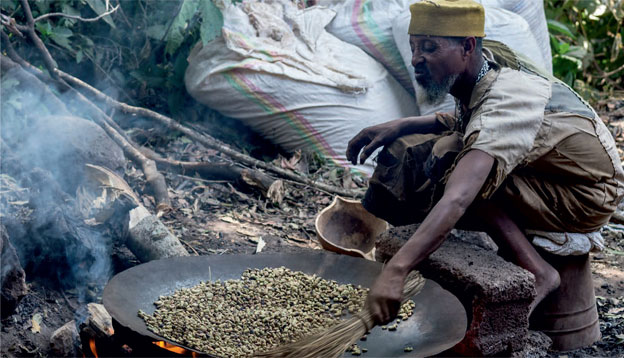 The aroma of coffee is not only the most recognizable, but perhaps the strongest and most stable smells. This aroma forms a special etheric field, where the majority of humanity is currently located, if not its entirety, having made an amazing journey through time. A journey that started in Ethiopia has now swept throughout the entire world.

Coffee as wine, coffee as an elixir, coffee as a ritual drink… What is the most appropriate title for it today? It has been called by many names, but perhaps the most proper is simply «coffee.» Over the years, from a food product of the Ethiopians and ceremonial drink of the Arabs, coffee has transformed into a commonly consumed beverage that has united the whole world with its aroma.

After getting its start in Ethiopia, the coffee tree made its way to the Arabs, then through Europe to America, where it was connected (by historical coincidence, or perhaps, by mystical forces) with the same Ethiopians already in Jamaica. 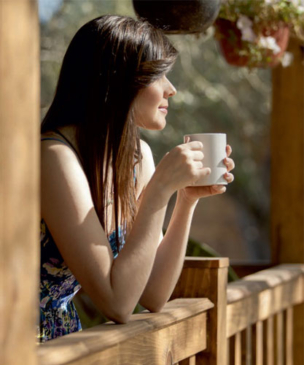 As a result, the best coffee in the world, Blue Mountain, is produced there, which hardly ever makes its way to the table of Europeans or even Americans, as 90% of it is exported to Japan. As it currently stands, it is consumed to support the brains of one of the most highly developed countries in the world! In fact, they believe that this type of coffee prevents radiation poisoning.

In summation, it’s not coffee, but a sort of traveler that has wandered around the world for more than a thousand years!

Indeed, the first discoverers of coffee were… Ethiopian goats that learned about its stimulating properties, as legend has it, a millennium before the Common Era. The goats, apparently, changed their behavior from the consumption of the wild seeds, or perhaps the Ethiopians watching them simply couldn’t fall asleep from a spectacle unknown to man today. In fact, the situation could have gotten out of control, if not for the Arabs, who began to study and cultivate this unique natural product.

In brief, while the Ottoman Empire couldn’t decide on its attitude to coffee (as it still needed to be formed), most anything can be said about the history of coffee, as the mysticism related to coffee outweighed reality. By the late 15th century, the serving of coffee had attained the status of a power given to man by the Almighty.

It’s true that the stimulating properties of coffee created various disputes and even bans, as was common in the early 16th century, which contributed to the advancement of coffee in Europe, where the Pope Clement VIII legitimized coffee as a Christian drink that helped him comprehend the influence of God’s mercy on man’s will. 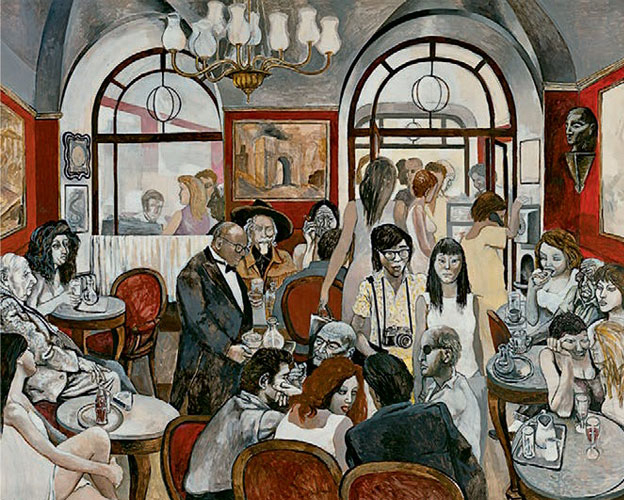 In fact, the path of coffee’s development was open in all areas: as a medication, as a religious substance, and as a commercial product. And with the first-ever coffee shop «Maktab al-Irfan» opened in Istanbul, begins the era of the art of brewing, as well as the coffeemaker, a master of coffee, who later becomes legitimized under the name of «barista.»

But the most recent history of coffee development begins in the 19th century. This story is connected both with the preparation and positioning of coffee, and the atmosphere of a European coffee shop that reminds us of the times of Franz Liszt, Felix Mendelssohn, Richard Wagner and Arthur Schopenhauer! 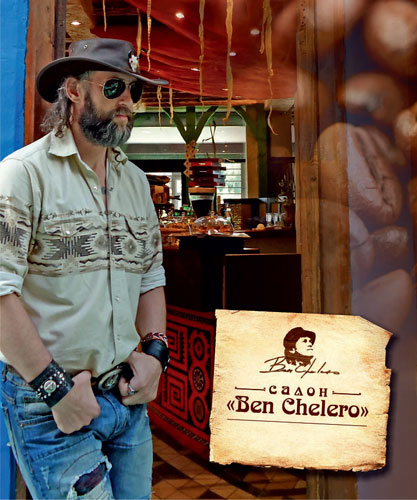 In general, after coffee machines were launched for commercial production early in the 20th century, it took around 50 years to change the attitude towards coffee. Of course, we can’t say it did the product any harm, but the process of its preparation was simplified due to its mass consumption, and often even became harmful (many baristas try to disguise old or burnt coffee using simple manipulations with a coffee machine).

Also important in the history of coffee development are the First and Second World Wars, as well as 1920, when Prohibition came into effect in the United States, and the mass expansion of the coffee industry began.

Of course, the history of coffee is unique, as it was written by coffee itself. No matter what happened around it, coffee remained coffee, and this is what matters most. And most surprisingly, traditions all around the world shaped around it, including Ethiopian, Yemeni, Celtic, Turkish, French, German, Austrian, Italian, Scandinavian, South American, and North American… Each with its own nuances and autonomy.