Brie is soft cheese made from raw cow milk, and is one of the most historical cheeses in France. Brie first appeared in the 7th century in Jouarre abbey. French Emperor Charlemagne first tasted this soft cheese at a monastery in Reuil-en-Brie in 774. He instantly fell in love with it and said: «This is one of the best things I’ve ever tried.» Brie was the favorite cheese of Henry IV, Louis XVI and the famous politician Talleyrand. At the Congress of Vienna in 1815, held to commemorate the final defeat of Napoleon, they tasted 52 varieties of cheese from many countries around the world. And as a result, Brie was named «The King of Cheeses» and a «Top Class Dessert.» The land of the best Brie is the town of Meaux, 40 kilometers outside of Paris. The ideal maturity of Brie six to eight weeks. The maturation of the cheese lasts until the moment when you cut the first slice of cheese. With age, cheese gets interesting sharpness. The taste of the cheese is very fine and delicate with a subtle aroma of hazelnuts.

Preheated toast of French baguette perfectly reveal the taste of brie and gently emphasize the sharpness of the cheese.

Bree Cheese is venerating by many wine lovers. However, to enjoy the combination of these cheeses with wines is not easy. Most red wines have too many tannins for a harmonious pairing with brie. We recommend Pinot Noir ALQUIMIA Crystal Pinot Noir 2013. 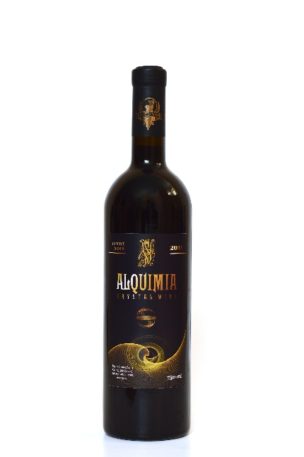 The wine has a deep, dense and at the same time velvety and soft taste, more typical to mature wines, which is characterized by floral notes and gradually disappearing overtones of green pepper. The wine has a minerality in the aftertaste and a good balance of acidity and sugar content, which allows the wine to harmonize and emphasize the taste characteristics of brie cheese.